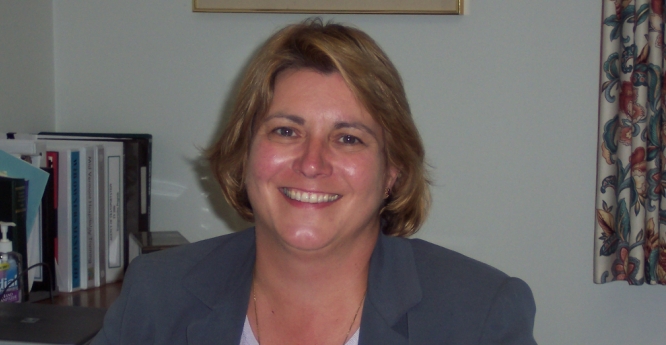 The Brattleboro Development Credit Corporation’s (BDCC) Board of Directors has announced the hire of Patricia Moulton Powden as its Director of Workforce Development. Once in place, her first priority will be to assume the role of implementing the critical workforce development efforts of BDCC’s affiliate the Southeastern Vermont Economic Development Strategies Group (SeVEDS). She will assume the Executive Director’s position when current Executive Director Jeffrey Lewis retires, which is planned by year end 2013.

Moulton Powden, a Londonderry resident, is currently Vermont’s Deputy Secretary for the Agency of Commerce and Community Development. She will bring decades of experience in economic development and workforce training to the Southeastern Vermont efforts focused on reversing a long period of economic decline.

“Pat’s years of service in four of Vermont’s Governor’s Administrations and at the helm of three Regional Development Corporations has been exemplary, and we feel fortunate to be able to bring that breadth of knowledge and experience to our economic development efforts and our region,” said BDCC Executive Director Jeff Lewis.

Most recently, Pat Moulton Powden served the Douglas Administration as Commissioner of Labor where she directed workforce development activities, unemployment insurance and workers compensation. As Chair of the Vermont Environmental Board and its successor, the Vermont Natural Resources Board, she administered Vermont’s comprehensive land use law, Act 250. Pat joined the Shumlin administration as Deputy Secretary of the Agency of Commerce and Community Development and Director of Economic Development.

The process of bringing Moulton Powden on board began with SeVEDS effort to add capacity in tackling the region’s workforce development challenges, one of three major goals the SeVEDS board identified for fiscal year 2013.

“We originally had hoped to bring on a part time position in September, and the SeVEDS board had asked Jeff to contract that position through BDCC,” explained SeVEDS Board Chair Lisa Sullivan. “We only had funding enough to add half time capacity. Though Jeff explained that hiring someone qualified to do the work in a half time position was proving difficult, our board and workforce committee were growing impatient to have the position filled. Suffice it to say, we are all thrilled with the result of the search.”

It was the BDCC Trustees that made the hire possible.

“We feel really fortunate to have had this opportunity presented to us,” said BDCC President John Meyer. “Our organization has been well served under Jeff’s leadership and we’re very pleased to be bringing on a person of Pat’s caliber and experience.”

Moulton Powden has served as an ex-officio board member for SeVEDS which has received state funding to plan mitigation strategies to the economic disruption expected from the eventual closure of the Vermont Yankee power plant. She says she decided to take the opportunity at BDCC and to work with SeVEDS for a number of reasons.

“There is exciting work happening in Windham through SeVEDS,” commented Moulton Powden. “The region also faces a lot of challenges. I am excited to focus on the many opportunities in workforce development, innovation and much more. There is a great team in place at BDCC and SeVEDS. It is also a chance pursue work I am passionate about on the regional level and in my home territory.”

Moulton Powden is expected to begin her position at BDCC in February. Lewis says until then, he and his staff will continue working with the SeVEDS board and its workforce committee on developing more robust and connected training and recruitment initiatives.

About BDCC and SeVEDS: BDCC is a private, nonprofit economic development organization that serves as a catalyst for industrial and commercial growth throughout Southeastern Vermont, including Windham County and the towns of Readsboro, Searsburg, and Weston. The primary objective of BDCC is to create and retain a flourishing business community in the Windham Region that supports vibrant fiscal activity, and improves the quality of life of all its residents. BDCC is affiliated with the State of Vermont as the certified Regional Development Corporation (RDC) serving the greater Windham County area. BDCC is one of 12 RDCs throughout Vermont.

SeVEDS is an affiliate of BDCC that grew from a 2008 grass roots effort, initiated by BDCC, to reverse the economic decline of the Windham Region. For more information on SeVEDS visit www.seveds.com .

In partnership with the Vermont Community Foundation and the Vermont Housing and Conservation Board, the…

BURLINGTON - January 14th, 2020  Vermont Business Magazine and the Vermont Chamber of Commerce unveiled the rankings of the…