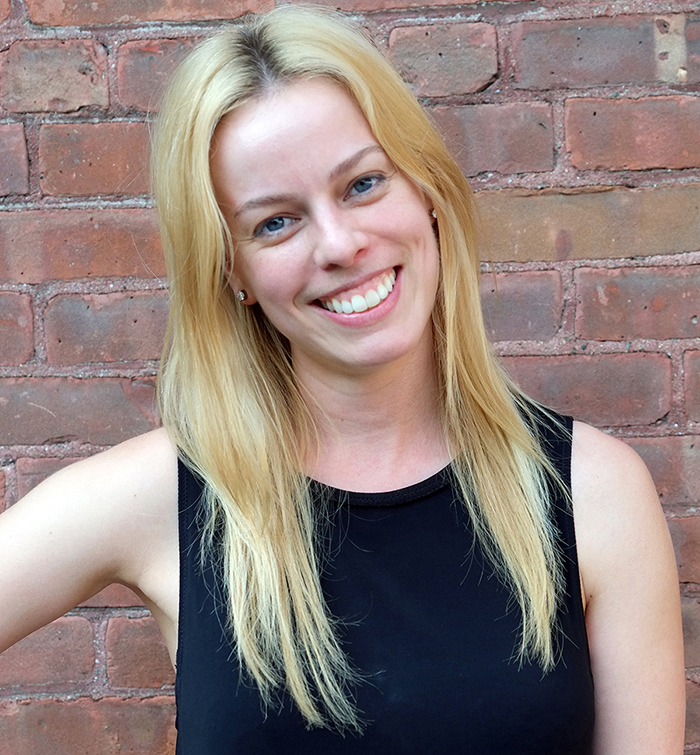 Katherine is a creative producer working in marketing across a variety of industries including hotels and resorts, community building, the performing arts, and film. A professionally trained actress and dancer having graduated from the London Academy of Music & Dramatic Art, she worked as an actress and dancer for companies like the Ma-Yi Theater Company, Shen Wei Dance Arts, among others. Among many other accomplishments, she won the 2010 L.A. Movie Award for Best Actress in a Made for TV Movie.

Her work in production began with co-producing the first movies in the  Marlboro pilot film program that created the film Northern Borders. She later refined her skills and managed the nationally recognized artist residency program at Vermont Performance Lab for four years. Katherine’s passion for the performing arts continues through her work teaching and choreographing at New England Youth Theatre and through recent short film projects.

Katherine became a Vermonter because she fell in love and got married to a gentleman from Rochester, NY who’s heart resides in Southern Vermont. She currently lives in Guilford and was recently promoted to the Director of Accounts at Mondo Mediaworks a digital marketing agency located in Brattleboro, VT. Katherine’s accomplishment that she holds closest to her heart is re-building and designing her farmhouse (originally built in 1792) after a house-fire destroyed their belongings and nearly the whole house.

Her most unique SoVermont experience is her morning coffee routine  at the Guilford Country Store, which often includes an education on which hunting season it is as they inspect animals in the parking lot. Katherine joined the Southern Vermont Young Professionals Steering Committee in 2017 to help share her love of Southern Vermont and engage other young professionals who enjoy similar unique experiences.

In Katherine’s opinion, there has been an army of long-term volunteers in Vermont have dutifully served their communities over the years. She believes the biggest opportunity has to do with encouraging the long-term volunteers to welcome and include the young professional voice in their conversations about the future of Vermont.

Local Students Ready for Their Close-Up

Above, Kylie Reed and Sadie Boyd, seniors at Twin Valley High School, talk about their…