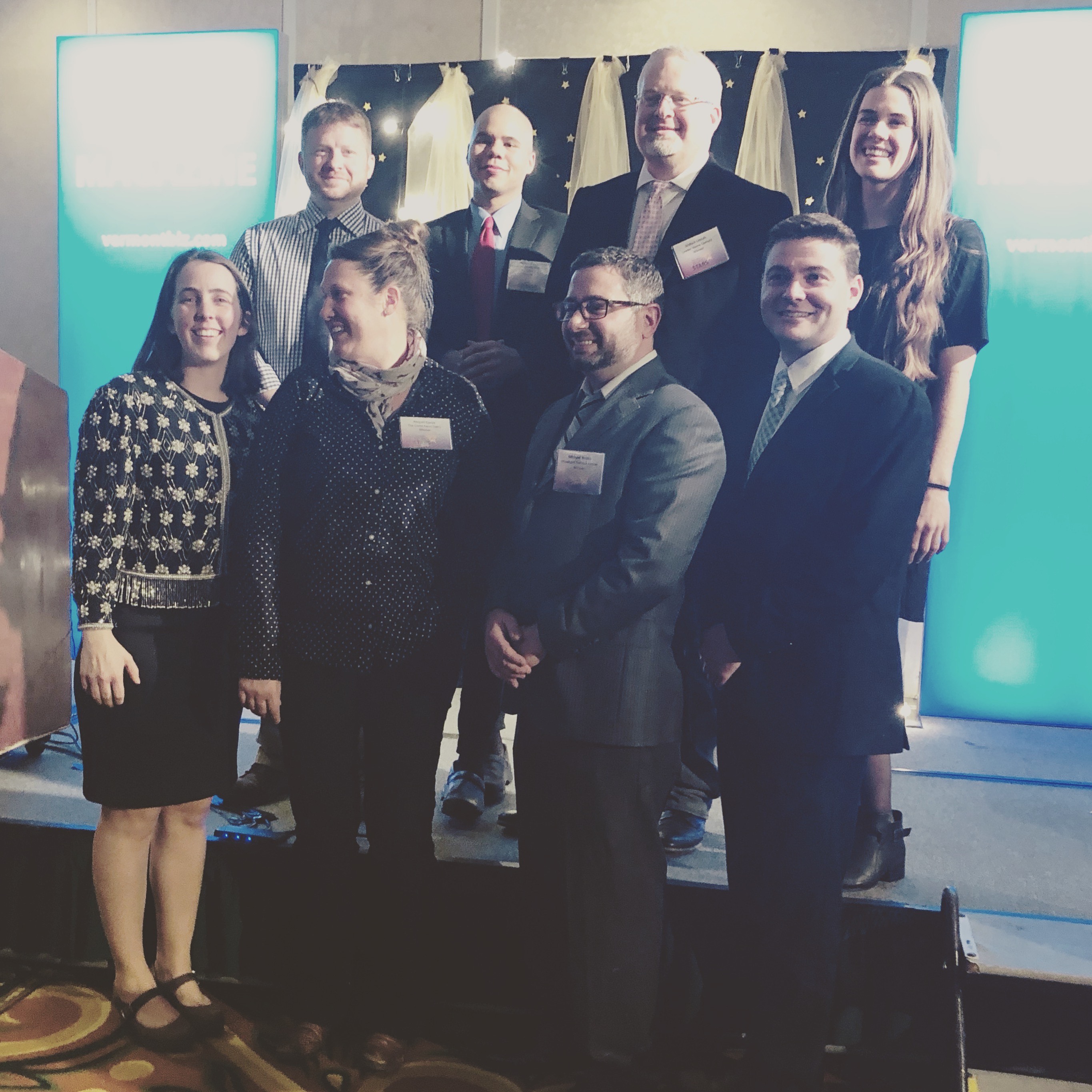 The winners of its Rising Stars recognition award were announced by Vermont Business Magazine this week. 40 winners under the age of 40 were selected by a panel of judges based on a commitment to business growth, professional excellence and community involvement. There were eight winners from Windham County: Michael Bruno from Bellows Falls; McKenna Hayes from Putney; Joshua Unruh and Christopher Parker from Vernon; Abbie Corse from Whitingham; and Steffen Gillom, Joshua Roberts and Sarah Lang from Brattleboro. Windham County had the second highest number of winners, after Chittenden County. VBM will honor these young leaders November 7th at the Rising Stars dinner, and featured them in the November VBM issue.

Alex Beck, 2017 Rising Star Award Winner, says he’s not surprised at the impressive number of Windham awardees, “This region has become more intentional about supporting and celebrating young leaders. Young people like BDCC’s Sarah Lang and Bennington’s Matt Harrington have worked especially hard to make this happen for our peers. And of course, the high number or Windham winners shows what we know already – we have a vibrant, diverse and growing community of young leaders here!”

Of 40 honorees statewide there are 15 men and 25 women. 15 hailed from Chittenden County, 8 from Windham, 7 from Rutland, 3 from Bennington, 2 from Caledonia, and 1each from Washington County, Lamoille, Addison, Orange and Franklin Counties.