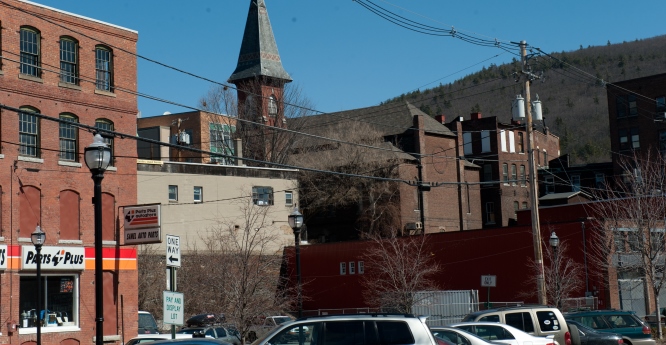 This round of funding has passed.  Please check back for additional funding opportunities

Brattleboro Development Credit Corporation (BDCC) and the Springfield Regional Development Corporation (SRDC) today announced that they have received an additional $500,000 in funding for a program that has already provided grants to over 30 area businesses struggling from the effects of Tropical Storm Irene.

The two organizations have been utilizing a $1,000,000 Community Development Block Grant for Disaster Recovery (CDGB-DR), which was awarded to the two Regional Development Corporations by the Vermont Department of Housing & Community Development (DHCD) last year. The first round of grant awards went to businesses, which demonstrated a variety of remaining unmet needs from Irene, including replacing equipment and inventory as well as physical repair and other areas. Businesses received awards from $1,000 up to $50,000, depending on several factors. The recipients are located in Brattleboro, Wilmington, Ludlow, Marlboro, Athens, Chester and other towns throughout Windham and southern Windsor Counties.

“We know flood recovery is a marathon not a sprint”, commented BDCC Board Chair John Meyer, who was instrumental in the organizations pursuing this funding from the Vermont Agency of Commerce and Community Development. “There are still a number of small businesses, farms and nonprofits that have not fully recovered despite being open or partially open.  These funds are critical to getting them all the way back,” added Meyer.

Stanley and Laura Lynde of Lynde Motorsports, one of the area businesses that has received funding, said that  “The grant has been an incredible boost towards full recovery of our normal business operations. We have been able replace some critical equipment and repair some of our damaged structures.”  The Timber Inn Motel in Ludlow also was awarded one of the grants. Co-Owner Glenn Heitsmith commented “Two years after the storm, our recovery continues. We had come a long way on our own, but the CDBG-DR program enabled us to finally repave our parking lot, which really improves the functionality and aesthetics of our property.”

With the additional $500,000 in funding, the RDC’s will soon begin another round of workshops and applications in the coming months. Previous applicants are welcome to re-apply and the process may be streamlined for those with applications already in-house. This supplemental funding is from the $21.7 million in Community Development Block Grant Disaster Recovery funds allocated to the state from the U.S. Department of Housing and Urban Development following Tropical Storm Irene. The State is slated to receive an additional $17.9 million and will make more funding available to the RDC’s, if needs remain.

Senator Patrick Leahy, Senator Bernie Sanders, and Congressman Peter Welch fought to include $400 million in HUD CDBG disaster funding in the Federal budget.  Their efforts ensured that Vermont was one of a handful of states that received an allocation. The Congressional delegation also worked with regional and state officials to include Windham County in the areas of Vermont eligible for this program.

“It has required commitment at the federal, state and local level to make these grants available”, said Jen Hollar, Deputy Commissioner of DHCD. “We are grateful for our partnership with BDCC and SRDC. They have taken a complex program and made it work for the area’s businesses”, she added.

Adam and Karen Grinold of Wahoo’s Restaurant in Wilmington stated that the funding has helped to save their business.  “Our business received a direct hit from the flooding with significant costs for building repairs as well as in land improvements.  Receiving these funds allowed us to make some of the necessary repairs sooner than we had anticipated. Additionally, the application process helped us to focus on prioritizing our needs and ensuring any repairs would be done to mitigate any future flood-related disaster damages”, they said.

“We’ve been able to get assistance in the hands of those that need it”, said Bob Flint of SRDC. “It’s been heartening to see the impact this program has had and we know there are still needs remaining in the region which we hope to address through this additional funding”, he added.

Applicants for the remaining funds are still required to meet “unmet disaster recovery needs”, including repair of structure, repair or replace equipment, create or retain jobs, interest rate buy downs on private loans, rent subsidies and lost rental revenue.  The process is competitive and technical assistance will continue to be provided by BDCC and SRDC staff. More information on workshops and grant applications will soon be available on the BDCC and SRDC websites, www.brattleborodevelopment.com orwww.springfielddevelopment.org. The RDC’s and the Vermont Small Business Development Center will sponsor technical assistance seminars for businesses that want help with the application.  The session dates will be announced in the coming weeks.

For more information on the CDBG-DR program and an update on the timeframe for supplemental funding business applications please contact: April Harkness, BDCC, 802-257-7731 or Paul Kowalski, SRDC, 802-885-3061

Where Are They Now?: CEDS Projects Then and Now, 2018 Projects Submission Deadline February 19