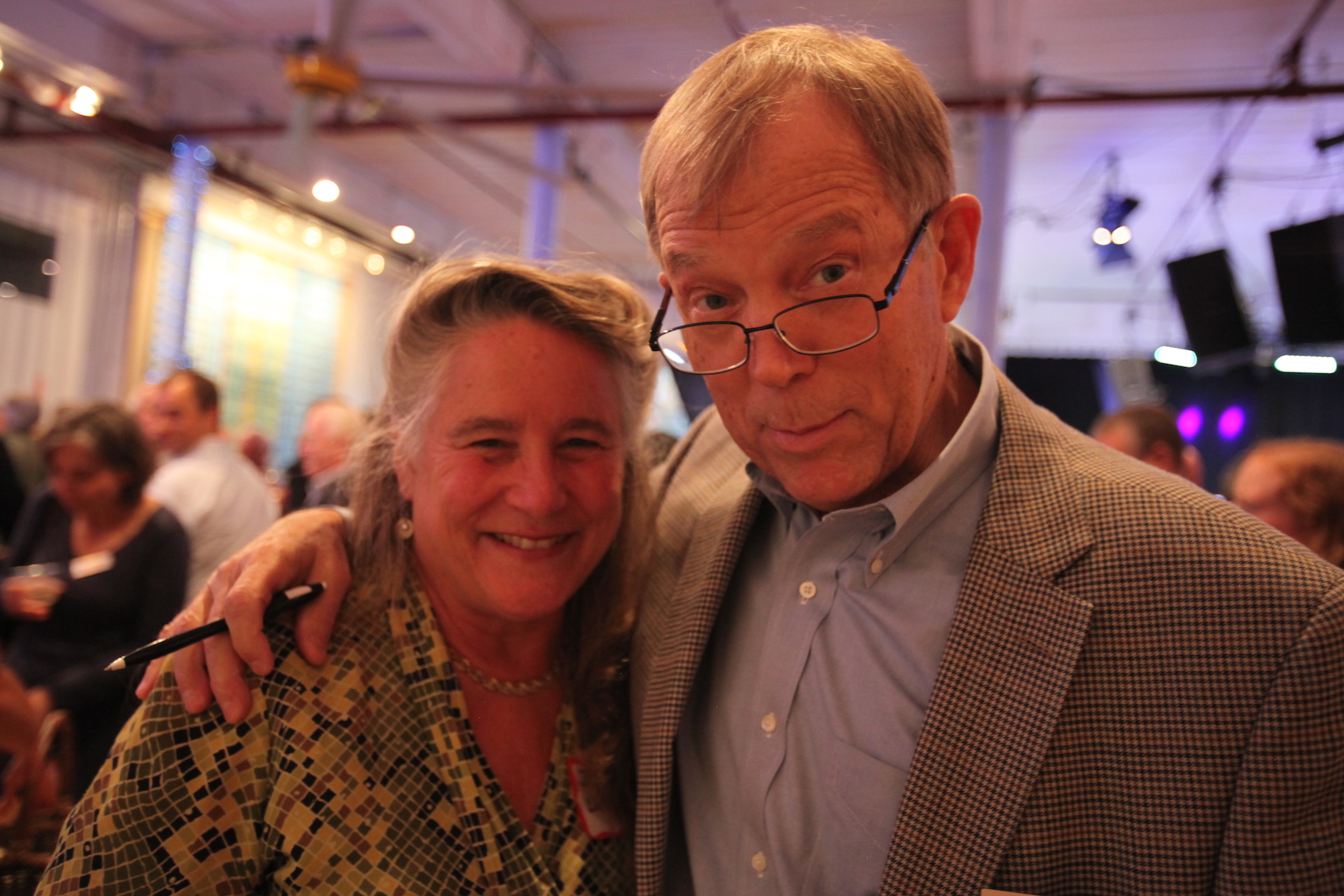 BRATTLEBORO, VT – The Brattleboro Development Credit Corporation (BDCC) & Southeastern Vermont Economic Development Strategies (SeVEDS) Boards of Trustees, Members, and Staff hosted this year’s annual meeting at the Vermont Jazz Center at the Cotton Mill in Brattleboro. BDCC President Craig Miskovich and Executive Director Adam Grinold spoke to Members and invited guests about the accomplishments of the past year, and the many partnerships that make this work possible.

Three awards were given out during the evening program. Stephan Morse presented Martin Langeveld with the SeVEDS Leadership Award for excellence in economic development leadership. Martin’s work with the organization dates back to the formation of the SeVEDS board and his critical role in the Post-VY Study on the anticipated impacts of the Vermont Yankee Closure. Martin has played a critical role for many boards and non-profits, including Strolling of the Heifers and Windham Grows. A journalist for much of his life, Martin recently helped transition the Berkshire Eagle back to local ownership.

Nancy and Tom Cain, Against the Grain Gourmet founders, were presented with the BDCC Founders Award. The Cains established what is today one of the fastest growing manufacturers in Vermont. Their gluten-free baked goods and pizzas have tremendously become popular with natural foods consumers across the country. Upon accepting the award from Debbie Boyle, BDCC Treasurer, the Cains emphasized their love and appreciation to the Brattleboro community.

The Lifetime Achievement Award was presented to Larry Cassidy by Mark Richards. Larry has played a key role on many local boards, including Chair of the Brattleboro Retreat, as well as leading major initiatives with statewide impact. Mark emphasized Larry’s role spearheading recovery efforts in the wake of Tropical Storm Irene. Larry opened his comments with a joke but continued in a more serious vein. Larry underscored how important, now more than ever, are the deep personal relationships and ties that make this region’s communities so special, and that only by building on this strength can the struggles communities face today be overcome.

Director of Regional Economic Development Strategies and Programs, Laura Sibilia, introduced keynote speaker Ted Brady, Deputy Secretary of the Agency of Commerce and Community Development. Brady delivered a message based on Governor Scott’s 6-3-1 strategy, and built upon that with a five point message outlining a strategy to move Vermont’s economic and community development forward. Ted praised BDCC & SeVEDS as an organization leading the way, providing a model for rural development which needs to be fostered across the state in order to overcome the demographic and economic challenges facing the state. He notably cited the state’s regional hubs strategy as a duplication of the successful regional strategy being forged across Southern Vermont.

The final portion of the program was a celebration of the partnerships at the heart of BDCC & SeVEDS work. Staff introduced themselves and asked representatives from the many businesses, non-profits and educational partners they have worked with in the past year to raise their hands to illustrate the broad range of partners from the private and public sectors who make this work possible. This included organizations that have hosted paid interns; tenant businesses located in BDCC’s Cotton Mill, Book Press and Exit One Industrial Park; entrepreneurs who have taken part in trainings with the INSTIG8 program; and representatives from towns served by BDCC and SeVEDS.

The first combined BDCC & SeVEDS Annual Report was distributed to meeting attendees, covering programs and projects active and completed in Fiscal year 2016-2017. Some highlights from the Annual Report include BDCC’s work on two major expansions for local manufacturers, and receiving two national awards for implementation of the region’s strategic economic plan – the Windham Region’s CEDS. In 2017 the organization leveraged $158,000 in state funding to create over $42 Million in projects and programs to build a vibrant regional economy.