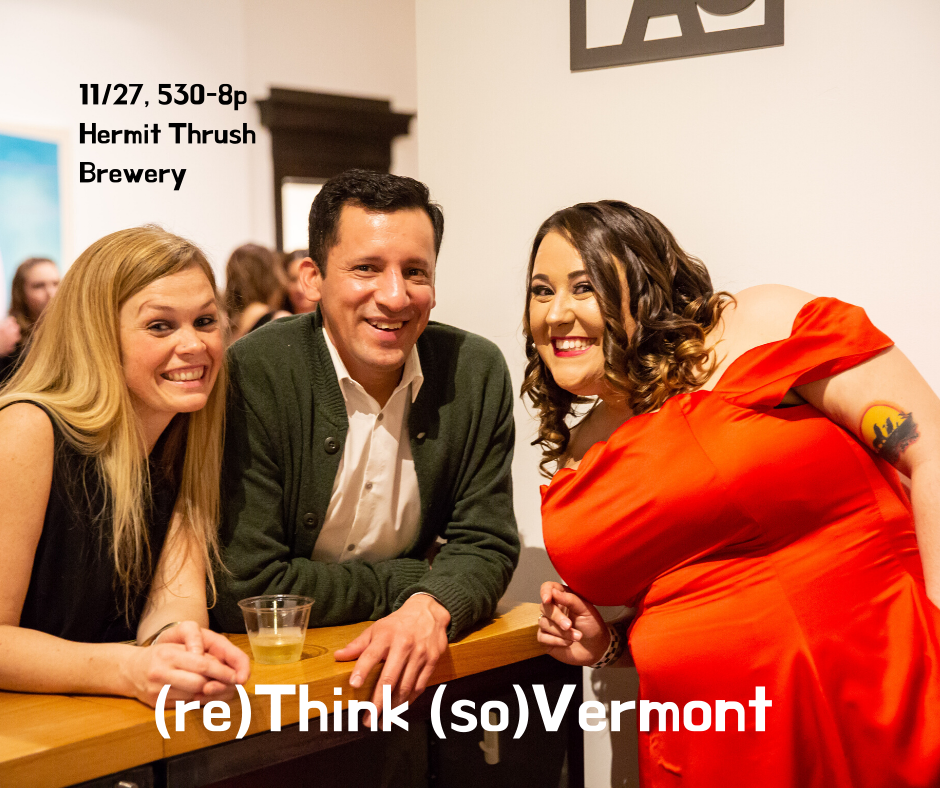 BRATTLEBORO, VT – Thousands of old friends and family will pour into the region next week for the Thanksgiving Holiday. The Brattleboro Development Credit Corporation (BDCC) wants more of these former locals to consider a move back to the region. On Wednesday November 27th, the night before Thanksgiving, BDCC is sponsoring a special reception with Southern Vermont Young Professional “hosts”. (re)Think (so)Vermont will take place at Hermit Thrush Brewery on High Street in Brattleboro from 5:30 to 8:00 pm.

Local residents are encouraged to share this information with their own returning friends and family. The Holiday Homecoming is one of BDCC’s many efforts to retain and attract talent to the region. To learn more about programs from high school Pipelines and Pathways, to BDCC Paid Internships, or our partnerships with the state’s Stay to Stay program, please visit www.brattleborodevelopment.com.