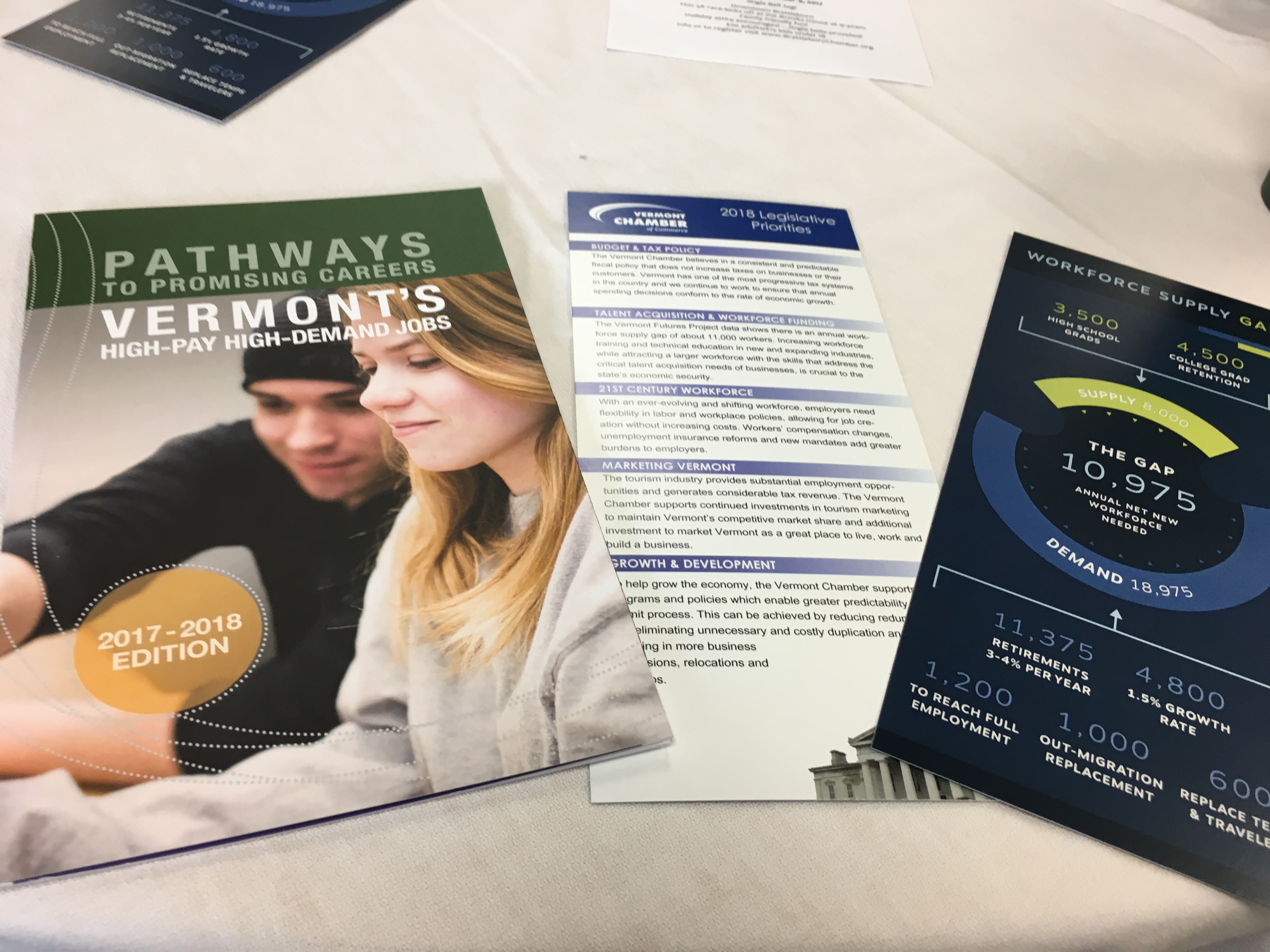 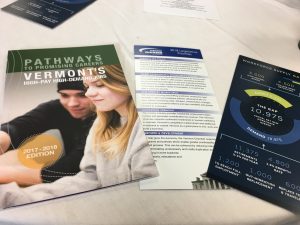 BRATTLEBORO — Alex Beck says collaboration should be intuitive between the private sector, educational institutions and employers.

A statewide workforce development initiative called the Vermont Talent Pipeline Management Project “provides us with a more or less step-by-step way and tool to do it,” said the workforce and education program manager at Brattleboro Development Credit Corp. “We can talk the talk. But how do you walk the walk? It’s hard and expensive at times.”

According to the National Federation of Independent Business, 45 percent of business owners have reported that they could not find qualified applicants to fill job openings in the first quarter of 2017. Publicist Charlotte Lyman said workforce shortage is a huge problem in Vermont. She called the Vermont Talent Pipeline project “a leading example for other states that are looking to bring about systemic change while also providing a unique look into how this public/private partnership has been able to quickly move the needle at a statewide level.”

Five Vermonters were selected to attend two training sessions in Washington, D.C.; Beck’s position made him one of them.

“The big theme, and what makes it really special, unique and excellent, is it’s really employer driven,” he said. “We felt it was a perfect fit.”

Beck pointed out that the BDCC works closely with the employers in ways that differ than say, the Windham Regional Career Center, which deals more with students or job seekers. His group had already been reaching out to local businesses and companies about what skills are most needed for the jobs that need to be filled. But a new tool from the Talent Pipeline will allow for surveys and data to strengthen the alliances between various groups.

With all the BDCC’s workforce development programming — internships, business “roundtable” talks and work with high schools to introduce employment opportunities in the area — the group has created the Southern Vermont Workforce Center of Excellence. The Talent Pipeline should inform all that.

“It’s almost reverse engineering these programs based on input from the local private sector,” Beck said, adding that his role as team member is to provide expertise based on his experience.

But Beck’s also there to ensure southern Vermont and Windham County are included in all needs assessments, surveys and other parts of the project. What he loves, he said, is getting the information to educational institutions. They can keep or adjust training, or create new programs.

Twelve construction companies were the first to fill out surveys for Beck’s group.

“There’s a pretty robust web tool that helps us organize the participants,” he said. “So employers set up their own accounts, put in all of their information and it’s a way for us to distribute surveys in a really easy way. What I love even more is it crunches some of the numbers for us.”

Graphs are made with the data. Names are removed to protect businesses’ personal information. Beck said he can get “snapshots either by state or region” and input from the surveys are can shared with education providers.

The next set of surveys will go out to players in the health care industry. Grace Cottage Hospital, the Brattleboro Retreat and Brattleboro Memorial Hospital are involved, according to Beck.

Companies specializing in the trades such as plumbing, electrical, welding and carpentry, as well as manufacturing, will be given surveys, too.

Another study will be done of food systems, which Beck said are “so quirky and unique” to Vermont. He is working with the Brattleboro-based Food Connects on this pilot project.

“There are these major industries that exist in every state that these tools were really designed to meet those needs for,” he said.

One of the ideas of the project is to determine with employers what the Talent Pipeline project calls “preferred providers.” That means finding the educational or training institutions that fit the training needs of the job. It’s not just vocational skills but soft skills that Beck’s group wants to learn about with regard to positions within industries the surveys cover.

BDCC has long been focused on filling gaps between the needs of employers and employees. Beck said the Talent Pipeline tools are some of the best to empower the people he works with in the area.

“We can take this information and it won’t sit on a shelf,” Beck said. “And we can share it with the workforce development partners and say, ‘Hey, we know these companies are hiring for these skills.'”

The Vermont Department of Labor will also be kept in the loop. Needs and wants of employers will be shared with the organization, which assists residents who are unemployed among other things.

Beck has been invited to help facilitate the next cohort to go through the Talent Pipeline training with the United States Chamber of Commerce Foundation. Different states are included in each group. The Vermont team was in the second group to go through the training.

“This is a very new initiative at the countrywide level,” Beck said. “There’s never a last step. It’s always improving and learning more. But I think the end goal is to be able to confidently say there is a good career pathway that the employers understand and believe in for all of these jobs they are discussing in the survey.”

Just days before the skiing season started, the BDCC hosted a Hospitality and Guest Services…

On November 2nd, 3rd, and 4th, 26 Community members, including a number of Mount Snow…

August 5, 2018 On Tuesday August 7th Bob Stevens will be presenting "Drilling Down on…