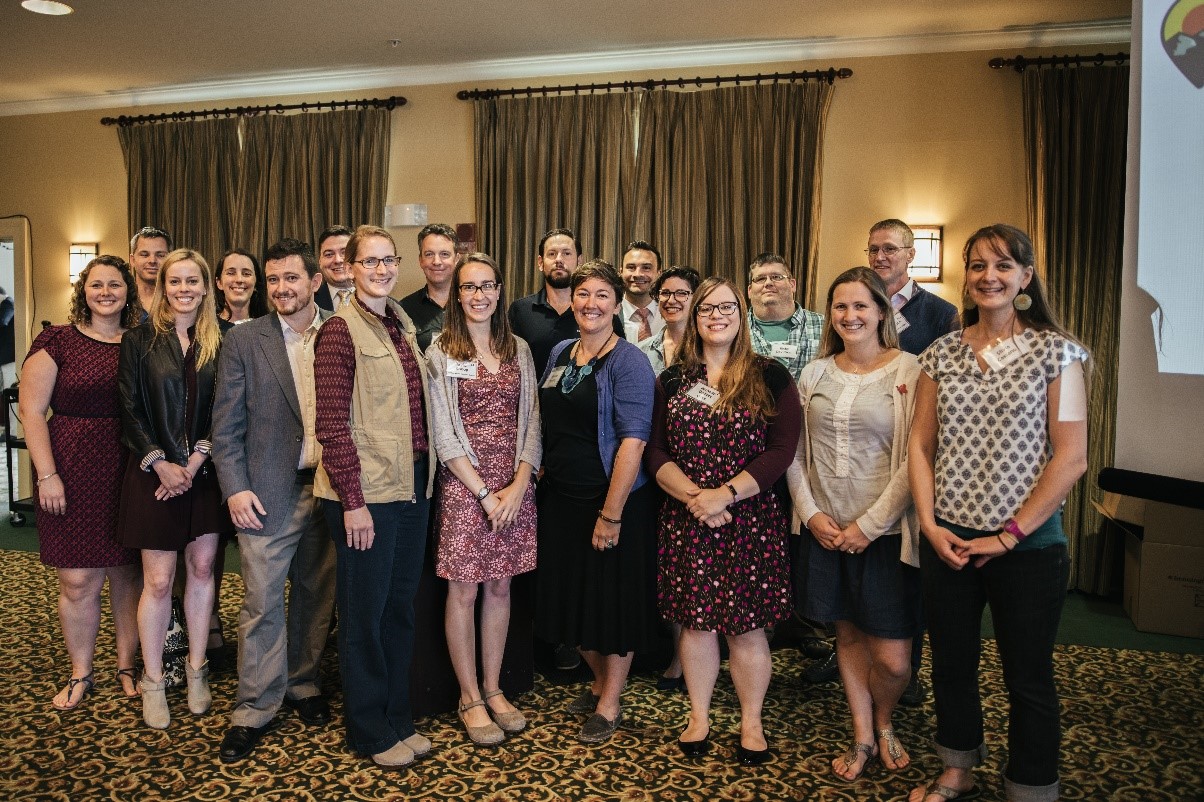 The reception was sponsored by Edward Jones, Heritage Family Credit Union, and Bennington Potters and featured advice on how the emerging leaders can make the most of their roles in Southern Vermont from Secretary Michael Schirling of the Vermont Agency of Commerce and Community Development and Commissioner Lindsay Kurrle of the Vermont Department of Labor.   “It’s your world…embrace that and take that for a drive. Get involved at a community level, that is where progress is really made,” stated Secretary Schirling.

Two emerging leaders received the “Summit Award” a special recognition due to being nominated multiple times by different community members. Katherine Partington, of Mondo Mediaworks, stated “I had it in my head that I’d have to wait until I was older, even retirement age, to move back to Vermont for the life I craved.  Turns out, I had the opportunity to move back much earlier, and it was one of the best choices I’ve made as a young professional.”

Michelle Marrocco, of Bennington County Regional Commission, noted “As a young professional working in Southern Vermont, I’m amazed by the opportunities I’ve been given. Nowhere else would I have been given the chance to lead projects and influence decisions like I have here.”

To view the “What is SoVermont?” power point highlighting the projects of all of the emerging leaders, as well as the booklet with Notes from the Nominators on each nominee, visit www.SoVermontSummit.com.  Nominees will also be submitted to the Vermont Rising Star nominations.

2018 Emerging Leaders of Southern Vermont, Windham Region winners in bold and most pictured below:

approach to growing the region’s workforce and increasing the number of younger households. For more information please visit: brattleborodevelopment.com/southern-vermont-young-professionals/

Our young professional’s events, programs and gatherings are open to all people, but we do focus on the 21 to 40-year old age range.  We hope you enjoy the fun, modern, sometimes loud, sometimes late night activities we have – if you’re up for it, we want you there! More information at www.ShiresYP.com

Thankful Thursday! Celebrating #AmeriCorpsWeek with a little shout out to the SerVermont VISTAs that have helped our organization and the communities we serve.