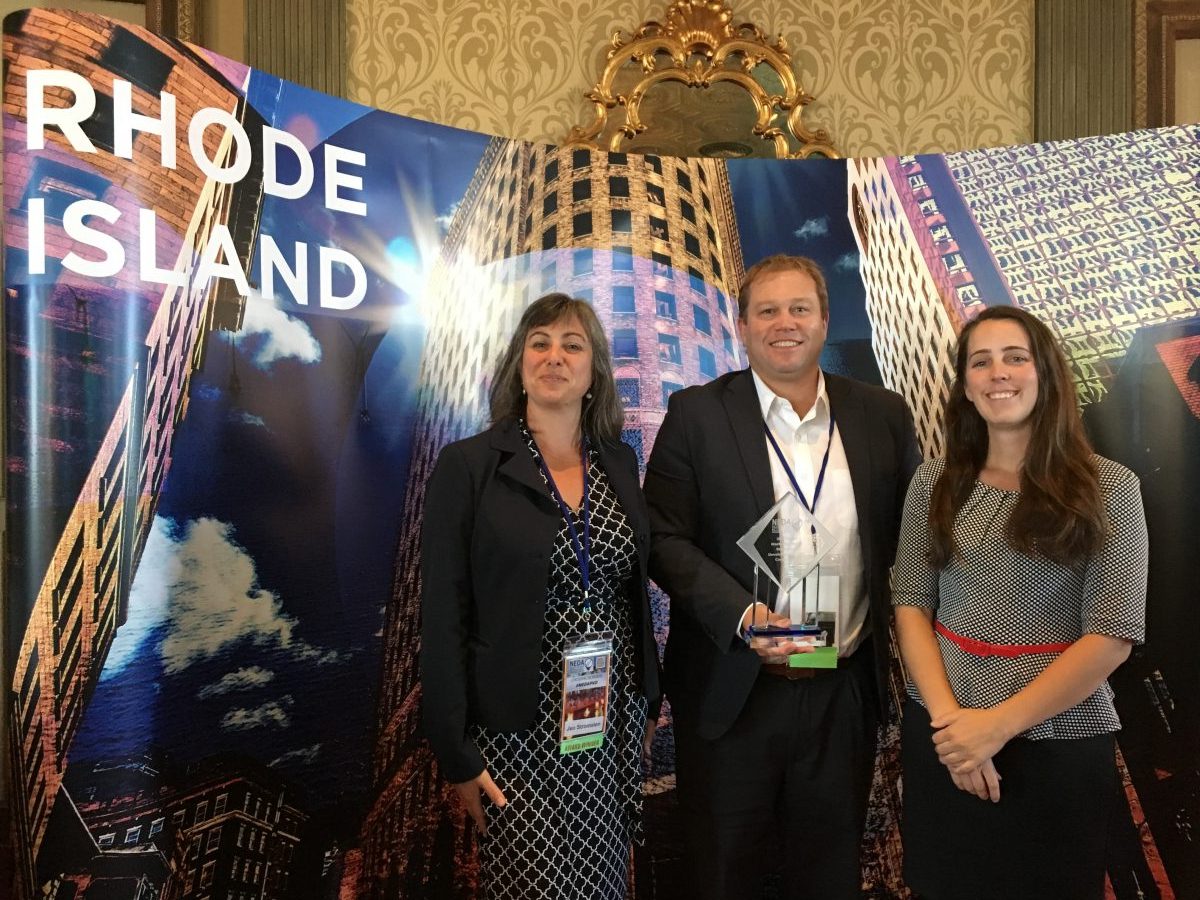 Jennifer Stromsten, Adam Grinold and Sarah Lang of BDCC accepted the award on behalf of the tri-state regional effort.

The Ecovation Hub project is a key implementation project from the Windham Region CEDS in southern Vermont. It was initially funded by the Brattleboro Development Credit Corporation, the U.S. Department of Commerce Economic Development Agency and the State of Vermont Windham County Economic Development Program.

The Ecovation Hub emerged as a tri-state initiative which has brought together public and private sector partners, business leaders and the region’s institutions of higher learning. These partners have built an exciting vision for sustainable economic growth and community-scale resilience to climate change.  Spurred by the closure of the Vermont Yankee Nuclear Power Plant, the effort seeks to replace those lost jobs with employment in the fields of green building and resilient design. The Hub builds from this tri-state region’s unique cluster of green building assets which includes recognized national leaders in research, product development, manufacturing, and design and construction of high-performance buildings and communities.

The Ecovation Hub was designed to attract a broad range of talent, financial capital, manufacturers, consulting firms, and visitors who want to be at the leading edge of the green building and resilient design movement. The award-winning video features a wide cross section of that talent including GreenBuilding founder Alex Wilson, Co-Director, of Antioch University’s Center for Climate Preparedness and Community Resilience Abigail Abrash Walton, Green River founder Michael Knapp and Storm Petral founder Christina Moore.

The Northeastern Economic Developers Association (NEDA) promotes professional economic and industrial development throughout the Northeastern United States and assists its members in strengthening their local and regional economies. BDCC previously won two 2016 NEDA awards, one for the Windham Region Workforce Center of Excellence for Program of the Year, and one for the G.S. Precision Expansion for Project of Year.

The Brattleboro Development Credit Corporation is a private, nonprofit economic development organization that serves as a catalyst for industrial and commercial growth throughout Southeastern Vermont and is the lead implementer of the strategies contained in the Windham Regions 2014 S.M.A.R.T. CEDS.