WCEDP at Work in Brattleboro Helping to Replace VY Jobs 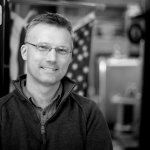 Brattleboro, VT – The Windham County Economic Development Program (WCEDP) is helping Saxtons River Distillery proceed with an expansion in Brattleboro. A WCEDP loan will provide a portion of the funding to purchase real estate at 155 Chickering Drive. This acquisition will allow the owners of Saxtons River Distillery to move production out of a leased location and into a new space that will be four times larger.  Buying the new facility will allow Saxtons River to expand capacity, and provide a more welcoming tasting and retail facility which can also accommodate indoor and outdoor events.

“These projects aren’t just about the business. There are people who work at Saxtons River who have families to feed, career goals, and passion for the work they do. The BDCC helped align the support and resources which comes from many places to make this happen – organizations like, VEDA, VtSBDC, ACCD and our primary lending partner Peoples United Bank. We have been limited in our ability to produce and distribute in higher volumes due to space restrictions.  Our well-known Sapling line continues to grow, and the growth of our newest Snowdrop Gin is really pushing our capacity here.   We will now have the room required to introduce new products, increase distribution in current markets as well as seek out new markets,” said Christian Stromberg, Founder, Saxtons River Distillery.

“This has been a project three years in the making. Christian has been so diligent about finding the right site for his business to grow. I’m thrilled for him and the employees as they embark on an exciting new chapter,” said R.T. Brown, WCEDP Project Manager at the BDCC.

WCEDP Funds are limited to uses that advance the goals and objectives in the region’s 2014 Comprehensive Economic Development Strategy (CEDS) – a five-year plan to grow the economy, which was crafted by the region to mitigate the impacts of the VY job losses. “We are glad to see continued expansion in value-added food and beverage sectors within our regional economy. The Saxtons River Distillery project further validates the strength of the Vermont brand and local producers. We at the BDCC have been very active providing business development services to both startup and expanding companies in the region.  There has been a growing need for this support, and it’s an area of proven expertise for us.” Adam Grinold, BDCC Executive Director.

The BDCC and Southeastern Vermont Economic Development Strategies (SeVEDS) began looking at the potential impacts of Entergy’s Vermont Yankee Nuclear Power Plant (VY) closure during the process of creating the 2014 CEDS, the region’s first. At that point, an impact study had been conducted showing a VY closure would mean the loss of hundreds of high-paying jobs and hundreds of millions of economic activity. When the VY closure was unexpectedly announced early, the State had in hand this critical information about the size of the potential impact. This is why Vermont’s VY closure agreement included funding of $10 MM for the WCEDP. The BDCC and SeVEDS also worked very hard to frame a process which would deliver support and funding to local organizations and businesses, as well as a process that would be grounded with local stakeholders.  The WCEDP “Windham Partners” group includes town and local economic development organizations, representation from the legislature and private industry, and the Windham Regional Commission. The WCEDP has been incredibly successful helping many organizations, replacing the jobs lost, and setting a national standard for assistance to nuclear host communities experiencing a closure.

For more information about the Windham County Economic Development Program, interested parties can contact R.T. Brown at the BDCC, rbrown@brattleborodevelopment.com.

The WCEDP promotes economic development in Windham County by providing funds to stimulate job creation through business start-up, expansion, or relocation, encourage entrepreneurial activity, and strengthen the economic development infrastructure to ensure a strong foundation for transformational economic activity. The primary focus of the program will be private sector job creation and retention, and direct support of entrepreneurial activities, followed by support of systems and activities that encourage an entrepreneurial, innovation and business start-up environment and culture. For more information, please review https://brattleborodevelopment.com/loans/.

About BDCC and SeVEDS:
The Brattleboro Development Credit Corporation is a private, nonprofit economic development organization that serves as a catalyst for industrial and commercial growth throughout Southeastern Vermont, including Windham County and the towns of Readsboro, Searsburg, and Weston. BDCC serves as the State of Vermont’s certified Regional Development Corporation (RDC) for the greater Windham County area. BDCC is one of 12 RDCs throughout Vermont. For more information visit: https://brattleborodevelopment.com/