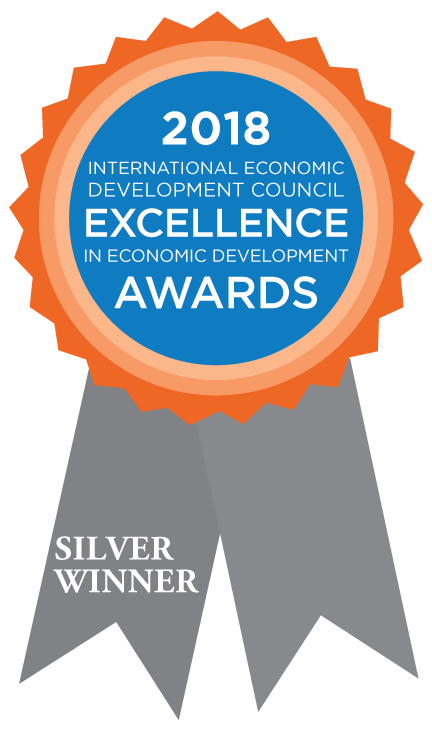 The honor was presented at an awards ceremony on Tuesday, October 2, during the IEDC Annual Conference, which was held September 29 – October 3, in Atlanta, Georgia, United States.

“In 2017 we received an award from IEDC on the implementation of our Comprehensive Economic Development Strategy – this information dense report depicts the results of that implimentation in an easy to ready and appealing format that has been well received by our partners.”

The Brattleboro Development Credit Corporation (BDCC), is a private, nonprofit economic development organization that serves as a catalyst for industrial and commercial growth throughout Southeastern Vermont, including: Windham County and the towns of Readsboro, Searsburg, Weston, and Winhall.

“This year our judges reviewed some extraordinary projects that advanced both communities and businesses. We congratulate all the award winners and thank everyone who nominated their projects for sharing their success with fellow IEDC members. What we learn from each other helps us to grow and advance as a profession. We look forward to even greater participation from economic developers across the globe in the 2019 awards program.” -Craig Richard, CEcD, FM, President and CEO, Tampa Hillsborough Economic Development Corporation located in Tampa, Florida, and 2018 IEDC Board Chair.

About the International Economic Development Council

The International Economic Development Council (IEDC) is the world’s largest membership organization for economic development professionals. Economic developers promote economic well-being and quality of life in their communities by creating, retaining, and expanding jobs that facilitate growth and provide a stable tax base. From public to private, rural to urban, and local to international, our members represent the entire range of economic development. Learn more at iedconline.org.

BDCC’s Rural Microentrepreneur Assistance Program is a USDA program that provides a $400,000 loan to the…