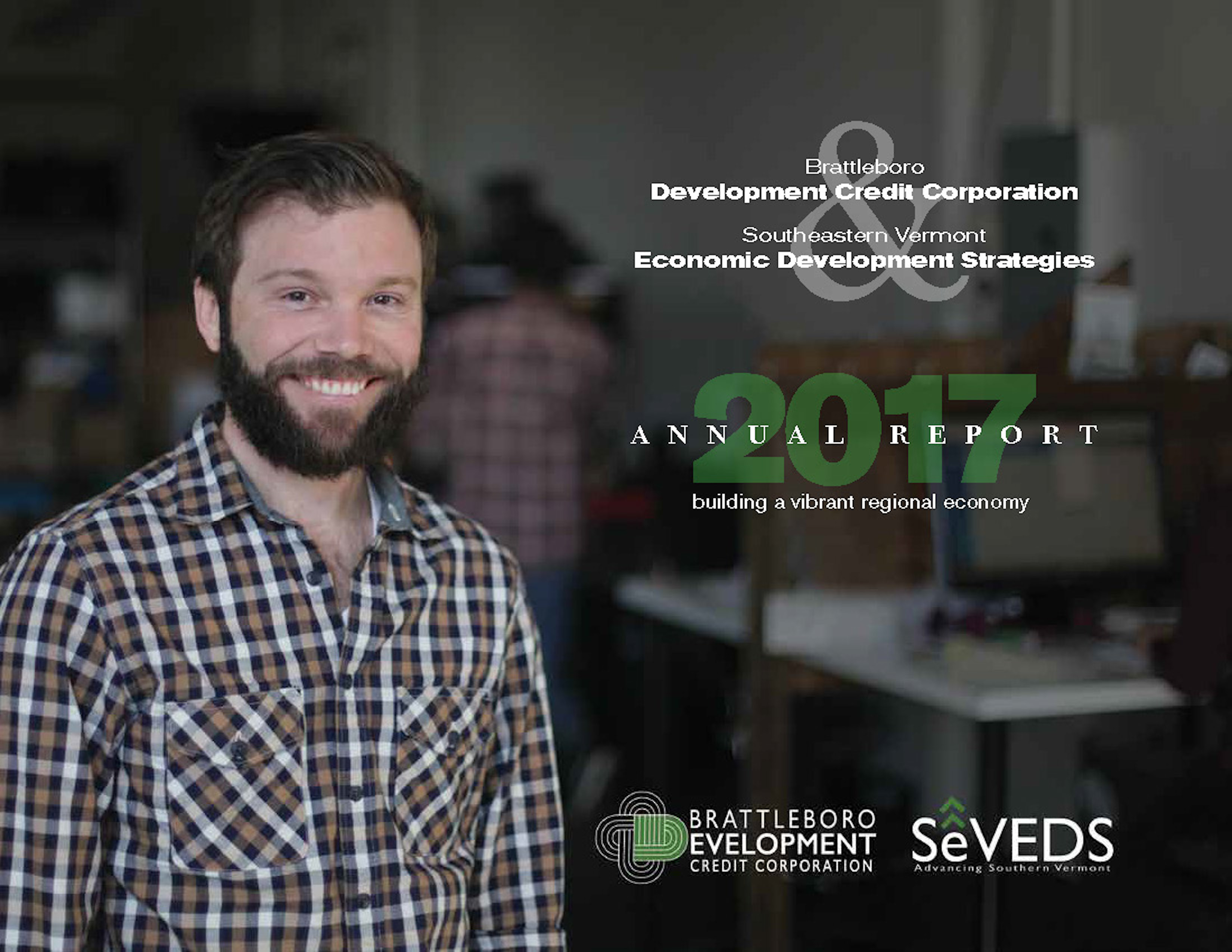 The BDCC & SeVEDS 2017 Annual Report was previewed by board members and stakeholders at the organizations’ Annual Meeting on October 25th. The report describes programs and projects encompassing work with major employers and startups, workforce and students, as well as work with the 27 towns served in the Windham Region. In 2017 the organization leveraged $158,000 in direct state funding to produce over $42 Million in projects and programs, including $39M in real estate projects.

BDCC began over 60 years ago with a focus on supporting industry and manufacturing. Today’s rural regional economic development demands a more complex approach. SeVEDS strategic planning efforts grew out of a need to increase broadband, to stop a 20 year decline in the regional economy, and to address the economic impacts from the anticipated closure of the Vermont Yankee (VY) Nuclear Power Plant in Vernon. The strategic planning effort was further fueled by disaster recovery efforts, and the date certain closure announcement for VY. In 2011 the Windham Region published the award-winning regional Comprehensive Economic Development Strategies (CEDS), the region’s first strategic economic plan.

In partnership with Windham region municipalities, BDCC & SeVEDS invests in the future workforce through its Workforce Center of Excellence. Along with supervisory districts, workforce organizations and employers the Center helped put on the first annual Sophomore Summit this year. 200 high schoolers spent a day meeting local professionals representing over 30 firms, learning about opportunities in Southern Vermont and the education and training pathways available to access these jobs. Through the FY ’17 Fast Tracks program 180 teens visited 15 businesses and the Vermont state house and Agency of Commerce and Community Development. In FY’17, 23 college students were placed with Windham employers through the paid internship program. These BDCC & SeVEDS programs and others connected 403 high school and college students with employers and career pathways in FY’17.

BDCC & SeVEDS work with businesses of all size and sectors. 280 businesses representing every sector, size and stage of growth benefited from at least one program, from business visits, to financing, trainings, internships, and our incubator and tenant expansions. BDCC’s Exit One, Cotton Mill and BookPress are home to 75 businesses and 333 employees.

The work of BDCC & SeVEDS is guided by the Windham CEDS, the region’s 5 year strategic economic plan for growing the regional economy. CEDS goals include replacing over 600 high-paying jobs being lost through the closure of Vermont Yankee. With the help of the WCEDP (the Windham County Economic Development Program funded through the VY closure agreement), BDCC & SeVEDS are supporting businesses that are creating 773 jobs with WCEDP projects and which are expected to create $38M in overall impact in the next several years.

The combination of planning, goal-setting, and successful implementation earned BDCC & SeVEDS two national awards in FY’17 for implementation of the region’s strategic economic plan. The BDCC & SeVEDS 2017 Annual Report can be viewed or downloaded from www.brattleborodevelopment.com. Hard copies are available at 76 Cotton Mill Hill, or by calling to request one be sent by mail.