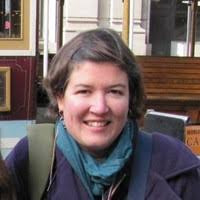 Susan Westa, Senior Planner at the Windham Regional Commission, joins the SeVEDS Board

The Southeastern Vermont Economic Development Strategies Board (SeVEDS) has announced a reorganization and a new addition to its Board of Directors.  At the board’s annual meeting in July, the following members were elected officers for FY 2020: Avery Schwenk of Hermit Thrush Brewery in Brattleboro will serve as Chair of the board.  Ashley Havreluk of Mount Snow in Dover will serve as Vice Chair. Bill Colvin of Bennington County Regional Commission in Bennington will serve as Board Treasurer and Gary Fox of the Town of Rockingham Development Office in Bellows Falls round out the executive board as Secretary.

Sue Westa from the Windham Regional Commission was recently voted onto the Board of Directors.  Westa joined the Windham Regional Commission in January 2019 and is the new Community Development lead at WRC, including the Brownfields program and the regional plan update. Susan comes to WRC from the Pioneer Valley Planning Commission in western MA where she was working with Planning Boards reviewing large scale solar applications and helping develop marijuana zoning bylaws. She also led the development of a Joint Land Use Study with the Westover Airbase and surrounding communities.

SeVEDS is an affiliate of the BDCC that grew from a 2008 grassroots effort, initiated by BDCC, to reverse the economic decline of the Windham Region. In 2014, after multiple years of regional input, education and data gathering, SeVEDS submitted the Windham Region’s federally recognized Comprehensive Economic Development Strategy.

A new five year strategy, the 2019 Southern Vermont Comprehensive Economic Development Strategy has been submitted for acceptance by the EDA by Windham and Bennington County stakeholders.

For more information on the CEDS or SeVEDS visit www.seveds.comor contact Laura Sibilia, Director of Regional Economic Development Strategies and Programs at lsibilia@brattleborodoevelopment.com.

Sugar Mountain Holdings purchased the Maple Valley Ski Area in Dummerston in late May. The…