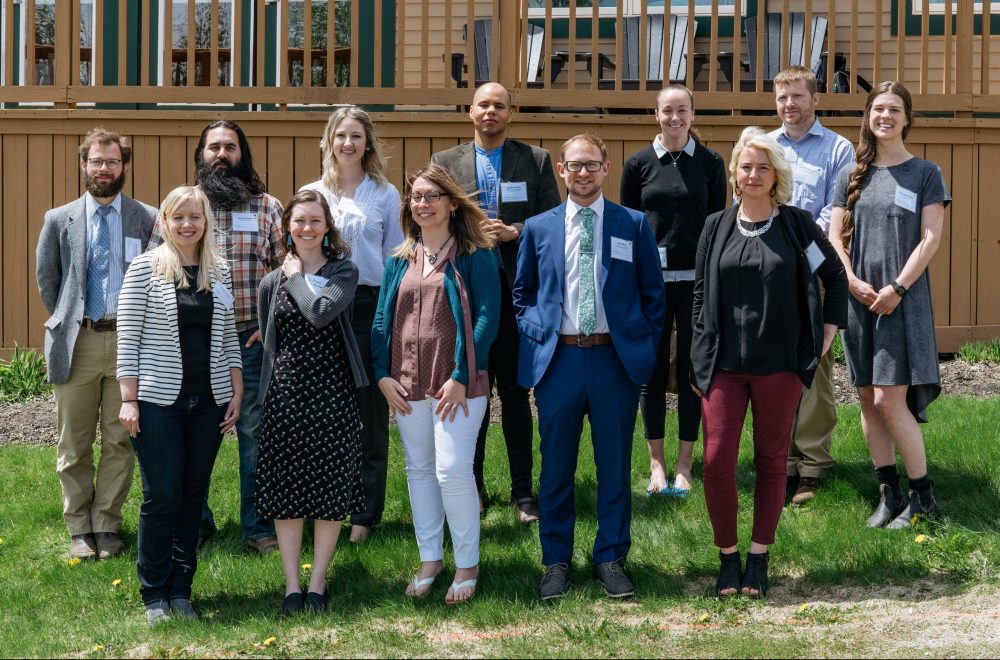 During last year’s third annual Southern Vermont Economy Summit, 24 emerging leaders of Southern Vermont were recognized. This year we will carry on this tradition of highlighting young professionals in Bennington County and the Windham Region so they can be recognized both regionally, and supported at a state level: The young professionals nominated and recognized at this event will also be nominated for the VBM Vermont Rising Star award by the two Young Professional groups hosting this recognition. Last year 7 Emerging Leaders from southern Vermont became Vermont Rising Stars.

“We give back and volunteer because we want to be a part of something more and to be involved for the betterment of our local community and state. Being recognized is an honor and humbling experience. We will need more people stepping up to help support our local economy for years to come. Let’s recognize those going above and beyond for their commitment to our community” says Josh Roberts, who was part of the Emerging Leaders Class of 2018 and Vermont Rising Stars Class of 2019.

Nominations are due March 1st. Please use the brief online form provided and share widely. You may submit multiple nominations. Helpful tips for nominations:

Thank you for your help and support! You can find the link to the nomination form at www.SoVermontZone.com/emerging-leaders

About the Southern Vermont Economy Summit

The Southern Vermont Economy Summit (SVEP) is an initiative of the Brattleboro Development Credit Corporation’s Southern Vermont Economy Project. SVEP works to stabilize, improve and expand the rural economic and workforce development network in Southern Vermont. Its goal is to increase capacity and collaboration among partnering organizations and communities. SVEP is funded by the USDA Rural Community Development Initiative, as a program of BDCC & SeVEDS. For more information on the summit, please visit: www.SoVermontZone.com/summit

The Southern Vermont Young Professionals is a workforce initiative of Southeastern Vermont Economic Development Strategies (SeVEDS) and the Brattleboro Development Credit Corporation (BDCC). Our mission is to attract, retain and support Young Professionals in Southern Vermont by providing engaging opportunities and networking through social and educational events, and volunteer opportunities. The YP initiative is increasingly important to Southern Vermont’s businesses and communities as a strategic approach to growing the region’s workforce and increasing the number of younger households. For more information please visit: brattleborodevelopment.com/southern-vermont-young-professionals/