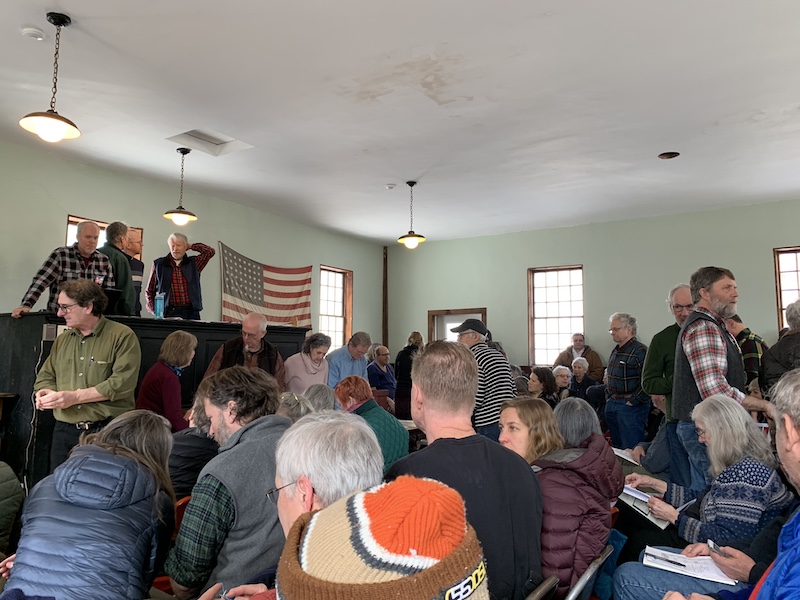 Each year Southeastern Vermont Economic Development Strategies (SeVEDS) asks voters in Windham regional towns to invest in regional efforts at the level of $3 per resident. This year at March Town Meetings funding requests were approved in Dover, Dummerston, Grafton, Guilford, Londonderry, Marlboro, Newfane, Putney, Rockingham, Stratton, Westminster, Weston, Whitingham, Wilmington and Winhall. After a long delay due to COVID-19, this past week Brattleboro was able to hold its town Meeting by Zoom where SeVEDS funding was also approved. The SeVEDS funding effort raised over $109,000 for regional planning and economic initiatives from these 16 communities, with 82% of Windham residents supporting SeVEDS through municipal funding requests, a critical metric for this grassroots organization.

Municipal investment through SeVEDS is necessary for the Brattleboro Development Credit Corporation to implement pro-active, innovate regional economic development in a way that rural regions don’t normally have the capacity to do. The baseline state funding for the twelve regional development corporations which do this work statewide can support approximately one staffer. SeVEDS was formed in 2011 to increase resources and capacity in order to address economic and demographic decline. Funds raised by SeVEDS are not simply plugged into programming but are leveraged 5-20 times by securing outside grants. Municipal support for SeVEDS is matched with philanthropic, private, state and federal dollars, as well as funding from BDCC revenues.

SeVEDS makes possible a regional approach to problems that no single town can overcome, such as reversing population decline, attracting and retaining young people, and improving wages and opportunities for people. SeVEDS funds, matched by federal dollars, were used to develop and implement the new 2019 Southern Vermont Comprehensive Economic Development Strategies (CEDS), the region’s 5-year strategic plan. SeVEDS annual strategic priorities guide staffing to implement programs and initiatives. SeVEDS identifies an area of need, such as helping connect young people with high-demand high-wage jobs. BDCC translates that need into programs like the Pipelines and Pathways Program which conducts career awareness and skill-building among high schoolers here in the Windham region.

BDCC’s SeVEDS-led initiatives are made possible by municipal investment, and by the contributions of volunteers and partners. SeVEDS’ 17 board members come from 12 different towns across the region. SeVEDS-led programs involve nearly 200 partner organizations of all sizes from the local state and federal, public and private sector. BDCC staff run SeVEDS-led programs and initiatives and meet throughout the year with Selectboards and community groups in the 27 towns that comprise the Windham Region.

Each semester students of entrepreneurship from Landmark College, under the leadership of Professor Tamara Stenn,…

Seven businesses came to The Lounge at Duo Restaurant to pitch their business ideas. Ranging…