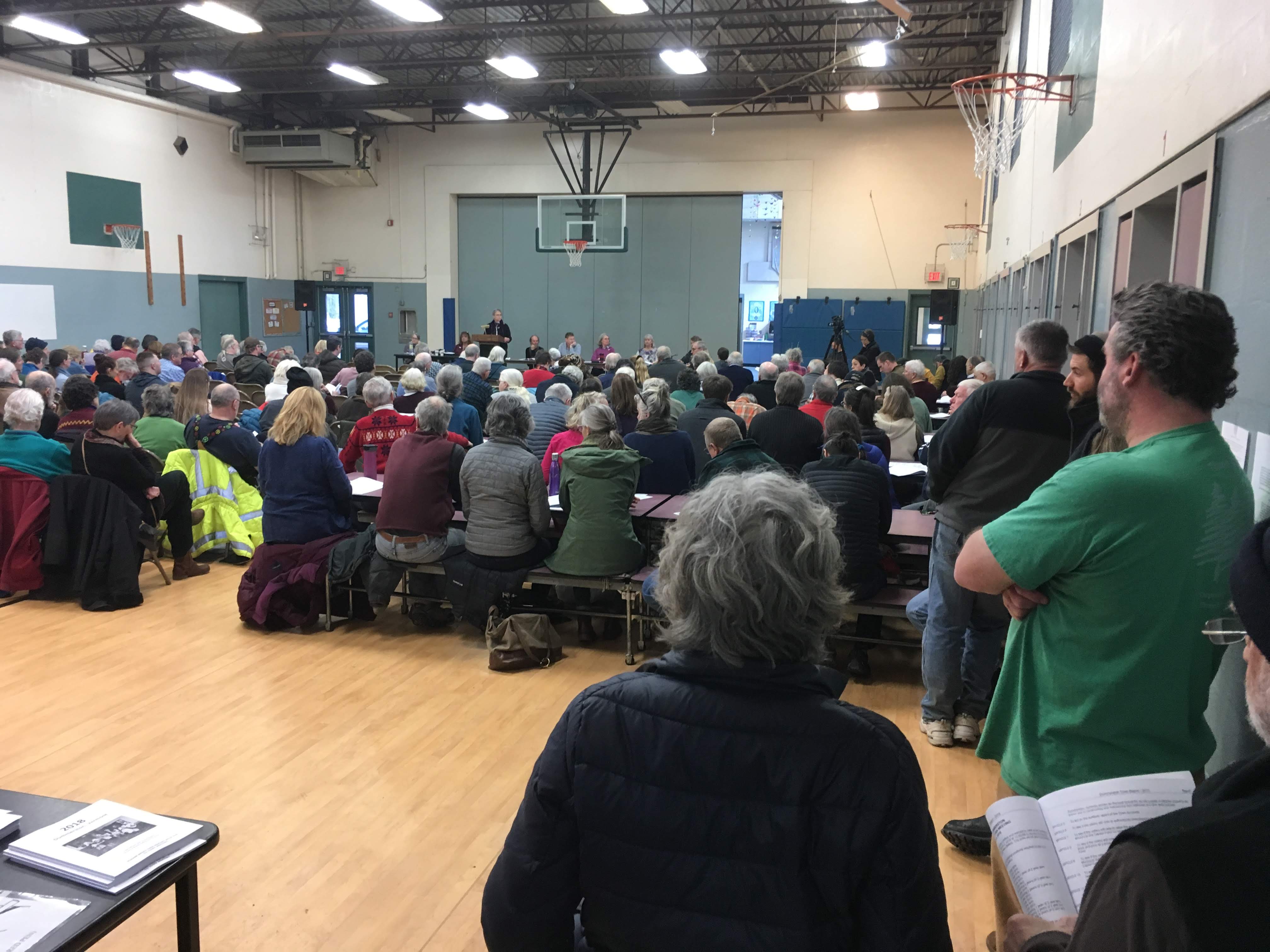 Pictured above: Voters filled the room at Dummerston Town Meeting on March 5th, 2019

Municipal investment through SeVEDS makes it possible for the Windham Region to implement pro-active and innovate regional economic development in a way that few other rural regions have the capacity to do. SeVEDS’ funds are leveraged many times over by securing outside grants and funding which bring millions of dollars into the region. These funds are used to develop and implement the 5-year strategic plan and the annual strategic priorities which then guide staffing to implement programs and initiatives. This work is how SeVEDS identifies a need, such as attracting and retaining talent, and translates that need into programs that connect high schoolers and college students with local employment opportunities.

Municipal support for SeVEDS is matched with philanthropic, private, state and federal dollars, as well as funding from Brattleboro Development Credit Corporation (BDCC). SeVEDS’ work is made possible by municipal investment, and by the contributions of dozens of volunteers and hundreds of partners. SeVEDS’ 17 board members come from 12 different towns across the region. The SeVEDS-led programs last year involved 186 partner organizations of all sizes from local, state, federal, and public and private sectors.

SeVEDS makes possible a regional approach to problems that no single town can take on alone, such as reversing population decline, attracting and retaining young people, and improving wages and opportunities. The BDCC staff that run SeVEDS-led programs and initiatives meet throughout the year with Selectboards and community groups in the 27 towns that comprise the Windham Region (Windham County as well as the towns of Readsboro, Searsburg, Weston, and Winhall). All municipalities are asked to support SeVEDS at the same level of $3 per resident.

Brattleboro Development Credit Corporation (BDCC) is a 60-year-old private, nonprofit economic development organization that serves as a catalyst for industrial and commercial growth throughout Southeastern Vermont, including Windham County and the towns of Readsboro, Searsburg, and Weston. BDCC serves as the State of Vermont’s certified Regional Development Corporation (RDC) for the greater Windham County area.

Southeastern Vermont Economic Development Strategies (SeVEDS) is an affiliate of BDCC that grew from a 2008 grassroots effort, initiated by BDCC, to reverse the economic decline of the Windham Region and plan for the economic impacts from the closure of the Vermont Yankee nuclear power plant. In 2014, after multiple years of regional input, education and data gathering, SeVEDS submitted the Windham Region’s federally recognized S.M.A.R.T. Comprehensive Economic Development Strategy for federal approval.

Webinars for Businesses Affected by COVID-19