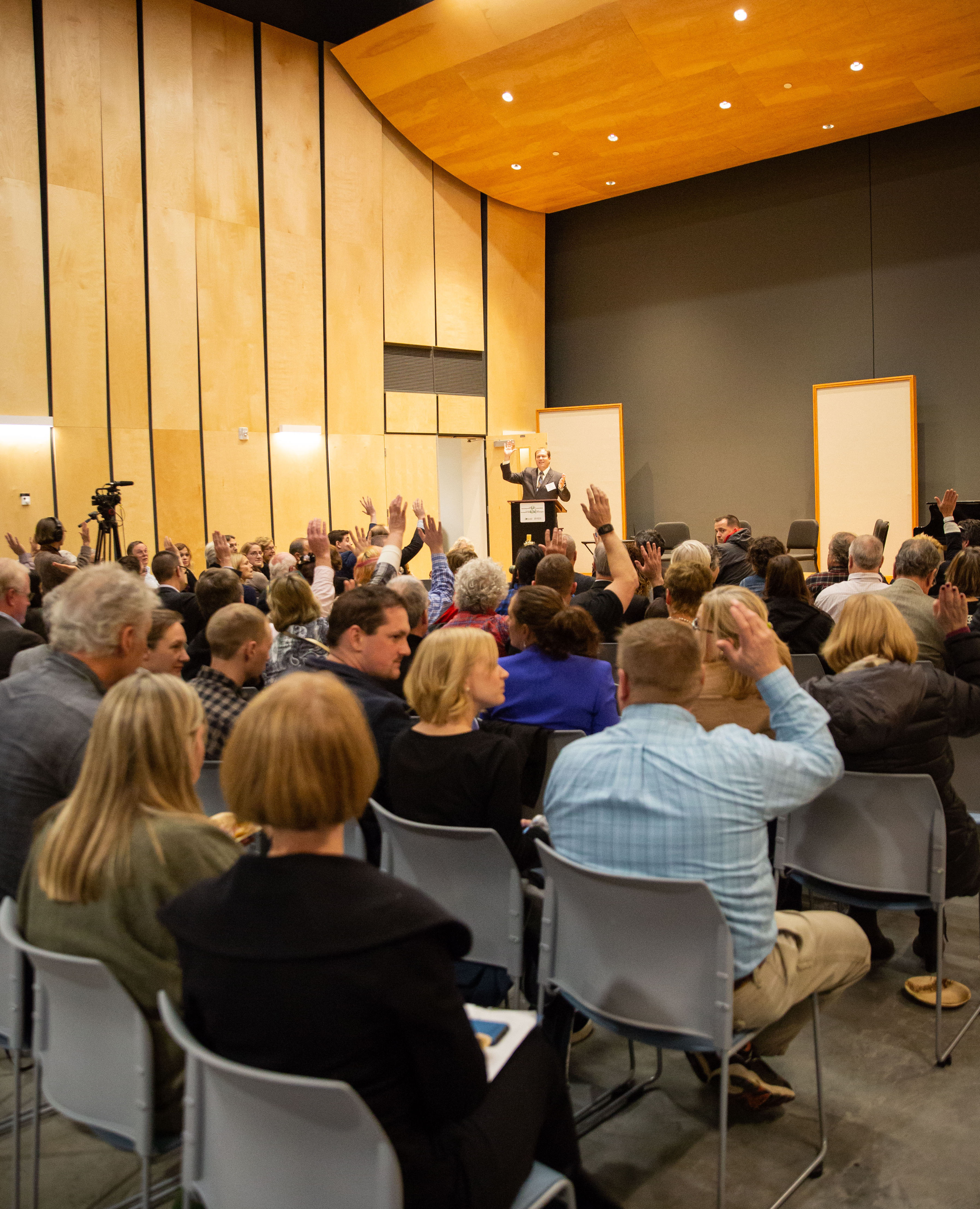 BRATTLEBORO, VT – The Brattleboro Development Credit Corporation (BDCC) & Southeastern Vermont Economic Development Strategies (SeVEDS) Boards of Trustees, Members, and Staff hosted this year’s annual meeting at the Brattleboro Music Center. The theme of the evening was “Investing in Our Region,” celebrating the public and private investments helping to grow the regional economy.

Incoming Board President, Bob Stevens, took the opportunity to thank the outgoing President, Craig Miskovich for his leadership since taking on the  in 2015. An attorney with Downs Rachlin Martin and partner in M&S Development, Miskovich helped increase BDCC’s capacity to manage and finance projects. The ability to manage New Market Tax Credits (NMTC) projects has made possible some of the BDCC’s most impactful projects to date, including the recent G.S. Precision and Chroma manufacturing facility expansions are both NMTC projects, adding nearly 150 new jobs to the region. 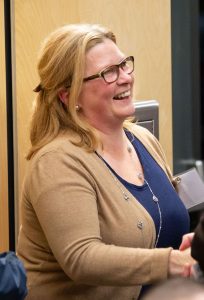 Two awards were given out during the evening program. Peter and Virginia Vogel, Founders of Back Roads Granola, received the BDCC Founders Award. In 2003 the Vogels started Vermont Gold. After selling the company to Bascoms, they took up Llama breeding and started the Spirit Hill Farm B&B. Guests loved their homemade maple-sweetened granola, so the Vogels started producing in bulk, with the Brattleboro coop as their first major customer. As the company grew, they moved back to the same space in the Brattleboro Cotton Mill where they had started Vermont Gold. Upon accepting the award from Phil Steckler, long-time BDCC Trustee, the Vogels echoed the theme of investment, thanking the BDCC for investing in their business and helping them to grow and adapt their space. They emphasized pride in employing and supporting people in the community, and plans to stay a family-owned business. Even with $4 million in sales and 30% growth lasAt year, Virginia said “We are still crunchy granola people!”

Meg Streeter, SeVEDS Board Chair, presented Gretchen Havreluk with the SeVEDS Leadership Award for Excellence in Economic Development Leadership. Havreluk is a small business owner and native Vermonter who grew up in the Deerfield Valley. The recent initiative of which she is most proud is the sidewalk project for downtown Wilmington. Havreluk’s involvement in economic development took root in recovery efforts after Tropical Storm Irene in 2011 devastated regional towns. Streeter highlighted the importance of this key member of a regional partnership working to rebuild and recover, but also stressed the power of Havreluk’s empathy and manner: “It gave people confidence,” said Streeter. As the flood recovery coordinator, “Gretchen was the glue that held our communities together,” said Adam Grinold.

The FY18 BDCC & SeVEDS Annual Report was shared with meeting attendees, providing an overview of programs and projects active and completed in Fiscal year 2017-2018. In FY18 the BDCC leveraged $158,000 in state funding to help 58 companies start, stay and grow in Windham County, secure over $4 million in grants and funding for projects and programs to build a vibrant regional economy. The BDCC helped 1,203 students connect to career pathways, 1,054 Windham workers redeploy or upskill, and 4,599 people access trainings, events, and services. The Annual Meeting program concluded with BDCC staff each taking a moment to explain what they do and tell stories to illustrate how that impacts individuals – entrepreneurs, interns, young professionals, new arrivals to the region, and employers.

When People and Money Leave (and the Plant Stays) – Lessons Learned from the Closure of the Vermont Yankee Power Station: A Tri-Region Experience