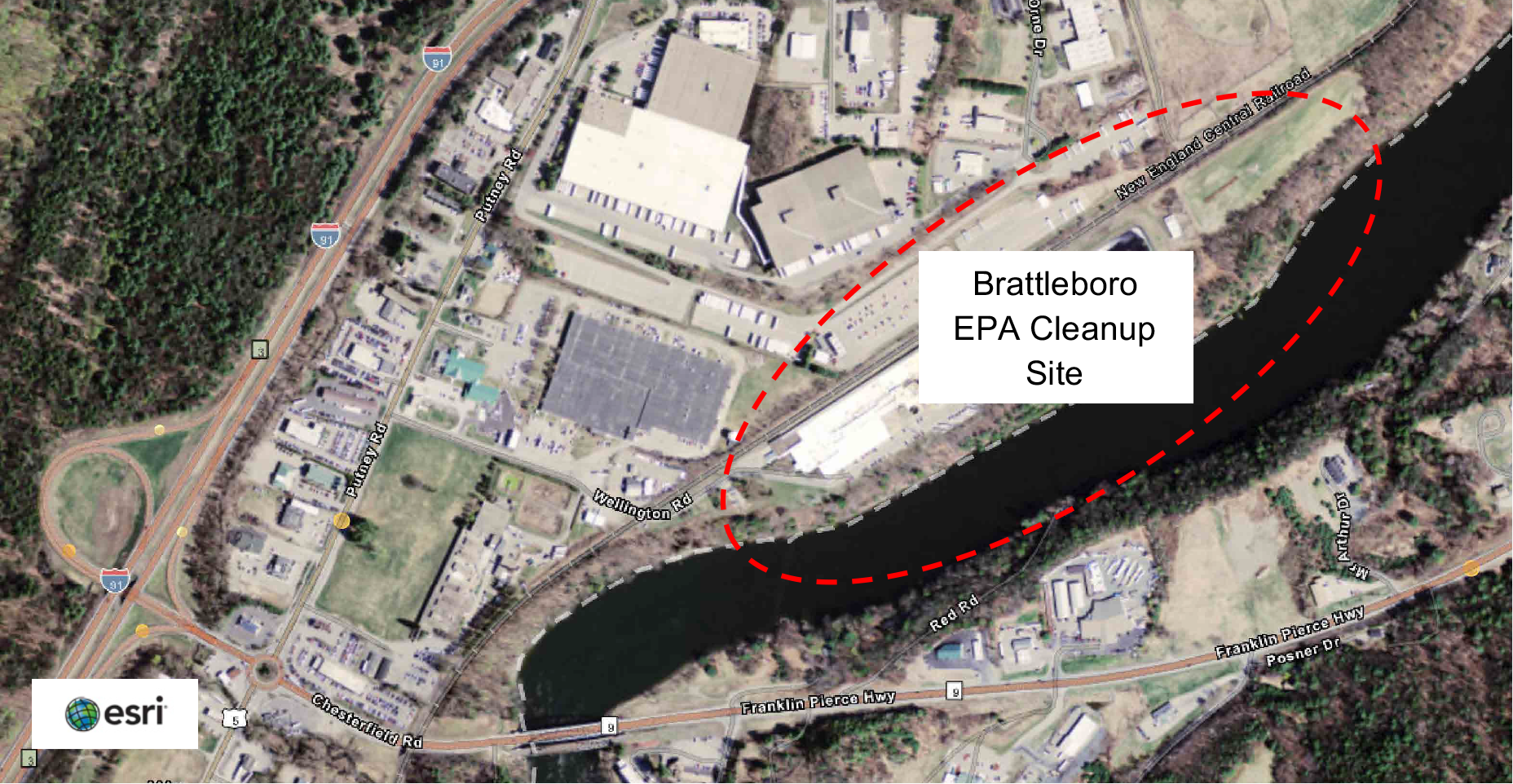 BRATTLEBORO, VT – Brattleboro Development Credit Corporation (BDCC) has successfully secured a US Environmental Protection Agency (EPA) Brownfields grant. Funds will be used for a 39-acre site that has been in active use as a paper mill since the 1960s. The $500,000 grant will allow BDCC to conduct planned Phase II assessment and cleanup of hazardous substances at the former Neenah Paper plant in Brattleboro.

The EPA Brownfields program helps transform contaminated properties into environmentally safe, economically productive assets for communities. Grant awards were made to a total of six groups in Vermont, with 151 recipients nationally. These funds help communities prepare former industrial properties for reuse, or continued use. In addition to BDCC, the Windham Regional Commission (WRC) will receive $300,000 from the EPA to conduct site assessments, develop cleanup plans, and create an area-wide plan targeted in downtown Brattleboro, Wilmington, and Bellows Falls.

BDCC purchased the Brattleboro site last fall as part of a successful effort to keep the paper plant open, after plans for closure were announced by Neenah Paper. This arrangement paved the way for new owners, Long Falls Paperboard, to assume ownership and operation of the plant quickly. It averted layoffs and preserved a profitable specialty paper products company that would have folded otherwise. BDCC is holding the real estate assets while assessment and remediation are under way.

“By partnering on the EPA grant application, we could help support this important project which helped save this business,” says Adam Grinold, BDCC Executive Director. BDCC worked with the Town of Brattleboro, Vermont Department of Environmental Conservation (DEC), Vermont Department of Economic Development’s (DED) Brownfield Assessment fund, and several permitting entities to create a public-private partnership that included BDCC’s purchase of the building and the property site from Neenah. Vermont DED brought critical expertise and resources to this complex public-private partnership which spanned several local, regional, state, and federal programs. As a state-recognized regional development corporation, BDCC qualifies for a state program allowing it to step into an ownership role during assessment and cleanup, and then to transfer ownership to the project company. Long Falls will purchase the building and the property from BDCC, once cleanup is complete.

The Brownfields award represents a major federal investment for the region. “BDCC’s phone lit up with calls from our federal delegation, including Congressman Welch who personally congratulated us on securing funding that will improve the region’s environmental and economic health.” The new owners are invested not only in environmentally sound practices, but also in improving the plant’s overall sustainability. For more information on the EPA cleanup application and public meetings that will be held as part of the process, visit https://brattleborodevelopment.com/development-services/long-falls-paperboard-epa/.

About BDCC:
Brattleboro Development Credit Corporation is a private, nonprofit economic development organization that serves as a catalyst for industrial and commercial growth throughout Southeastern Vermont, including Windham County and the towns of Readsboro, Searsburg, and Weston. BDCC serves as the State of Vermont’s certified Regional Development Corporation (RDC) for the greater Windham County area. BDCC is one of 12 RDCs throughout Vermont.
For more information visit: https://brattleborodevelopment.com/