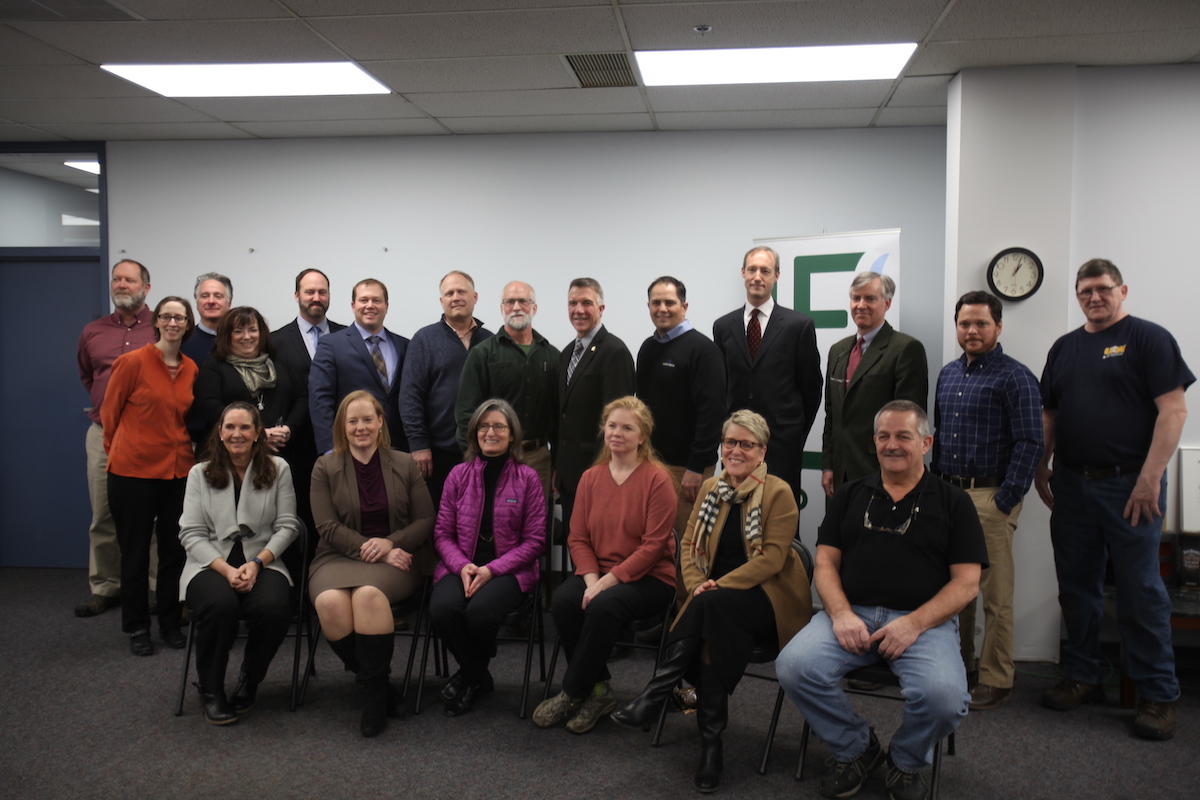 Governor Phil Scott held his weekly press conference yesterday at the Long Falls Paperboard (LFP) plant in Brattleboro, to celebrate the company’s recent purchase of the business formerly owned and operated by Neenah Paper, Inc. On December 31, 2018 LFP completed a complex financial transaction to acquire the business. The project involved numerous local, regional, and statewide partners led by the Brattleboro Development Credit Corporation (BDCC) with critical support for the regional development corporation’s business retention efforts from the Vermont Agency of Commerce and Community Development (ACCD) and the Scott Administration.

“The collaboration and work to retain these 100 jobs is a great example of the shared commitment of state and local partners to keeping good jobs here in Vermont,” said Governor Phil Scott in welcoming the new owners. “I’d like to thank Long Falls Paperboard, as well as the many partners who helped make this possible. I commend state and local leadership for their innovative thinking, and cooperation in promoting economic development in Brattleboro and across the state.”

In October the fate of the plant’s entire workforce was in question, when Neenah Paper unexpectedly announced it would cease operations in Brattleboro. A quick sale was the only alternative to a planned shutdown. BDCC and its partners acted quickly to avert the loss of 100 jobs. With LFP’s purchase of the business, operations have continued at the plant with little disruption. As part of the transaction, BDCC acquired the building and lands to facilitate a Brownfields assessment, which LFP plans to purchase once all necessary cleanup is complete.

Long Falls Paperboard was formed to hold and operate assets in the pulp and paper industry for the benefit of owners, employees and communities. Its partners include Human Capital Investments LLC and Northrich Inc. Human Capital Investments, based in Washington state, develops leaders and cultures with a focus on sustainable industrial projects. Northrich was founded in Quebec in 2001 and produces packaging materials at several locations across North America.

Brattleboro Development Credit Corporation is a private, nonprofit economic development organization that serves as a catalyst for industrial and commercial growth throughout Southeastern Vermont, including Windham County and the towns of Readsboro, Searsburg, and Weston. BDCC serves as the State of Vermont’s certified Regional Development Corporation (RDC) for the greater Windham County area. BDCC is one of 12 RDCs throughout Vermont. For more information visit: https://brattleborodevelopment.com/