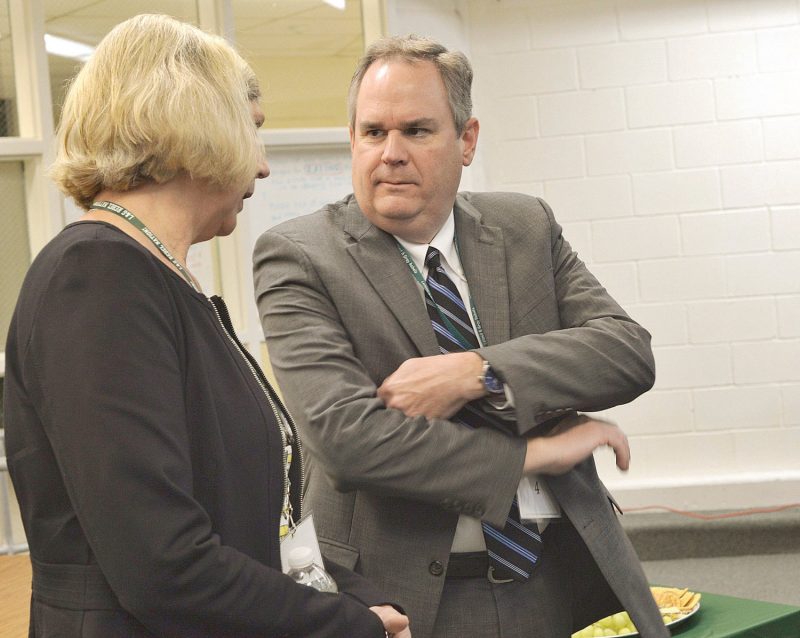 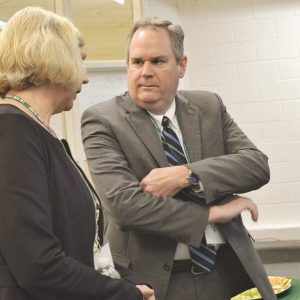 Posted Friday, September 21, 2018 8:06 pm
By Susan Smallheer, Brattleboro Reformer
TOWNSHEND — An innovative plan designed to boost the shrinking Windham County workforce — from both the employer and student point of view — was unveiled Friday by development and education leaders.

Windham County is the oldest county in Vermont, and Vermont is the second oldest state, demographically, in the country, BDCC officials said.

The goal, they said, is to line students up with “high wage, high growth” careers with Vermont companies.

Grinold said the plan would address many issues afflicting the Vermont economy: an aging workforce, declining population, the exodus of young people and jobs that Vermont companies can’t fill.

Funding for the program will come from economic development funds from Entergy Nuclear, after the closing of the Vermont Yankee nuclear power plant in 2014 delivered a severe blow to the Windham County economy. Funding also is coming from the Vermont Community Foundation and the McClure Foundation.

Grinold and Education Secretary Dan French, along with other Scott administration officials from economic development and the labor departments, announced the program in the library of the Leland & Gray Union High School. All said the program would address workforce problems that are affecting every corner of Vermont.

Christy Betit, the coordinator of the new program, will be working with students at Windham County’s five high schools and technical centers, working closely with students on how to fine tune their career planning and studies with an emphasis on learning about Vermont companies and their needs.

Betit told the gathering that when she was a student in Whitingham she graduated without knowing what to do about applying for college, and once she graduated from the University of Vermont, she struggled before finding her career.

This program will help shorten the adjustment time, she said.

Grinold and others said Vermont companies cannot fill many important vacancies, and this program is designed to anticipate their needs and inform students about them, in an effort to keep Vermont’s young people in the state and working for Vermont companies.

Dan French, the new secretary of the Vermont Agency of Education, said the new program was unique to Windham County and it will bear watching for potential in other parts of the state.

French said BDCC would be able to collect a great deal of data that would be helpful for the rest of the state.

French said there appeared to be a high level of collaboration between Windham County business and education leaders, and he described the rest of the state as operated from “silos.”

French, who most recently was an education consultant in the state, working with school districts facing Act 46 issues, has been a Vermont school superintendent, a high school social studies teacher and a high school principal.

Alex Beck, BDCC’s workforce and education program manager, said the new program was “being welcomed into our schools.

“As our students begin to envision themselves as community members, employees and future leaders, this program will support them pursuing these goals in their hometowns,” he said.