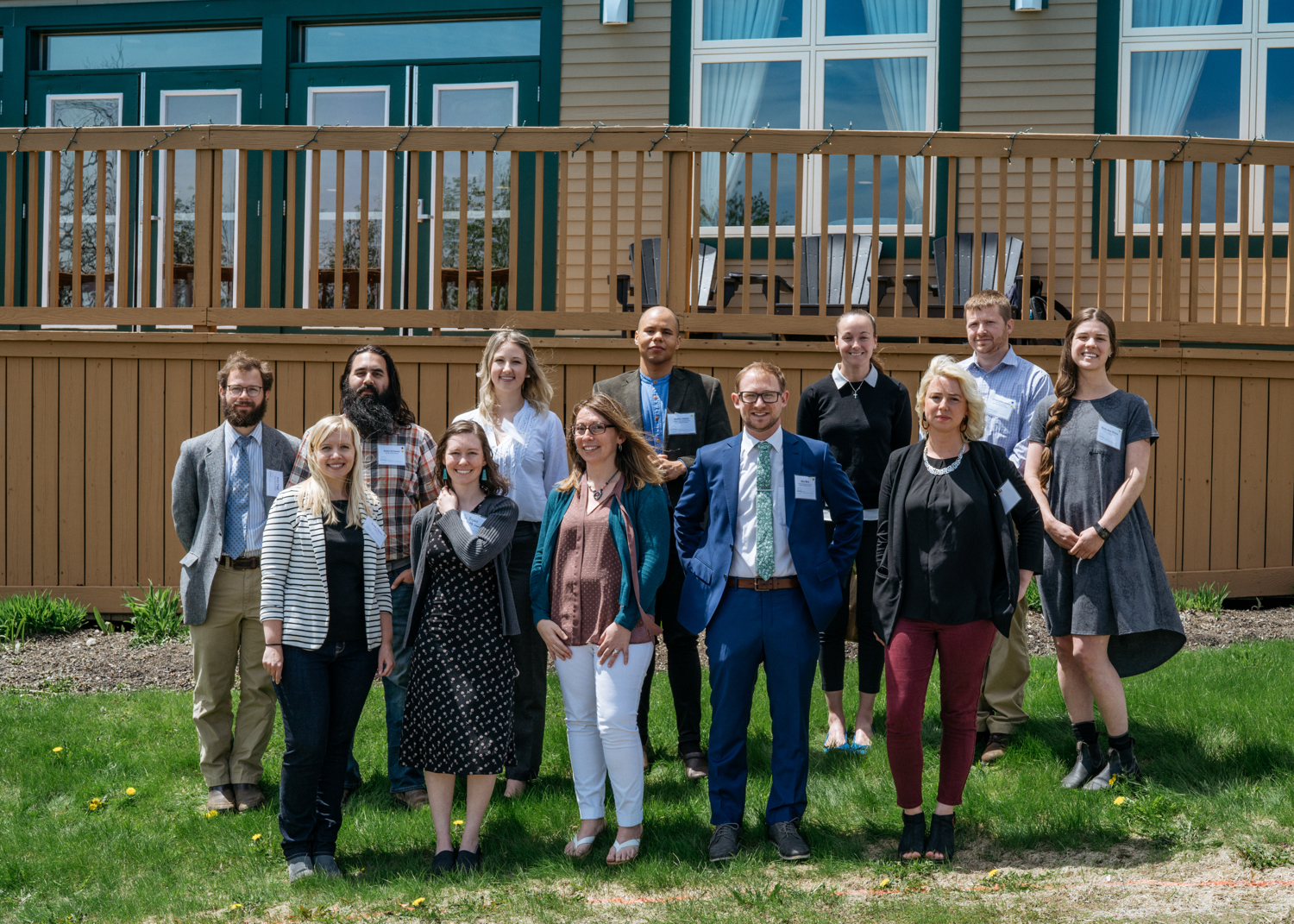 McKenna Hayes of FoodConnects, one of the young professionals recognized during this event, commented that “Its incredibly humbling to receive this recognition – Although I am a native Vermonter, I’m new to this area of the state, and my experience thus far has been delightful and inspiring. We all know Vermont is a very special place; that’s why we’re here, right? The fact that I get to live in this state, while working to build resilient systems and partnerships that protect and expand our working landscape and unique way of life–now that’s truly the dream.”

Sarah Lang, Coordinator of BDCC’s Southern Vermont Young Professionals and Matt Harrington, Director of the Bennington Chamber shared a quote from each recipient about what Southern Vermont or “SoVermont” means them. One person said “Southern Vermont is neighborly and community-oriented, with community members developing unique solutions to unique problems”. Another described SoVermont as “a place where individuals matter. This is an area where one person’s energy, enthusiasm, or excellence can legitimately make a difference in the community, which coming from a more densely populated area has been a huge cultural shift for me. This is a special place, to say the least”. Several said simply “SoVermont is home.”

All of the 2019 Southern Vermont Emerging Leaders will all be nominated for the Vermont Rising Star awards. Please visit the www.SoVermontSummit.com for a complete photo gallery.

About the Southern Vermont Economic Summit

The Southern Vermont Young Professionals is a workforce initiative of Southeastern Vermont Economic Development Strategies (SeVEDS) and the Brattleboro Development Credit Corporation (BDCC). Our mission is to attract, retain and support Young Professionals in Southern Vermont by providing engaging opportunities and networking through social and educational events, and volunteer opportunities. The YP initiative is increasingly important to Southern Vermont’s businesses and communities as a strategic approach to growing the region’s workforce and increasing the number of younger households. For more information please visit: brattleborodevelopment.com/southern-vermont-young-professionals/

Brattleboro Development Credit Corporation (BDCC) is a private, nonprofit economic development organization that serves as a catalyst for industrial and commercial growth throughout Southeastern Vermont, including Windham County and the towns of Readsboro, Searsburg, and Weston. BDCC serves as the State of Vermont’s certified Regional Development Corporation (RDC) for the greater Windham County area. BDCC is one of 12 RDCs throughout Vermont. For more information visit: ​https://brattleborodevelopment.com/

Op Ed: Hope and resilience are Vermont staples – now more than ever

By Adam Grinold, The sun was warm but the wind was chill. You know how…