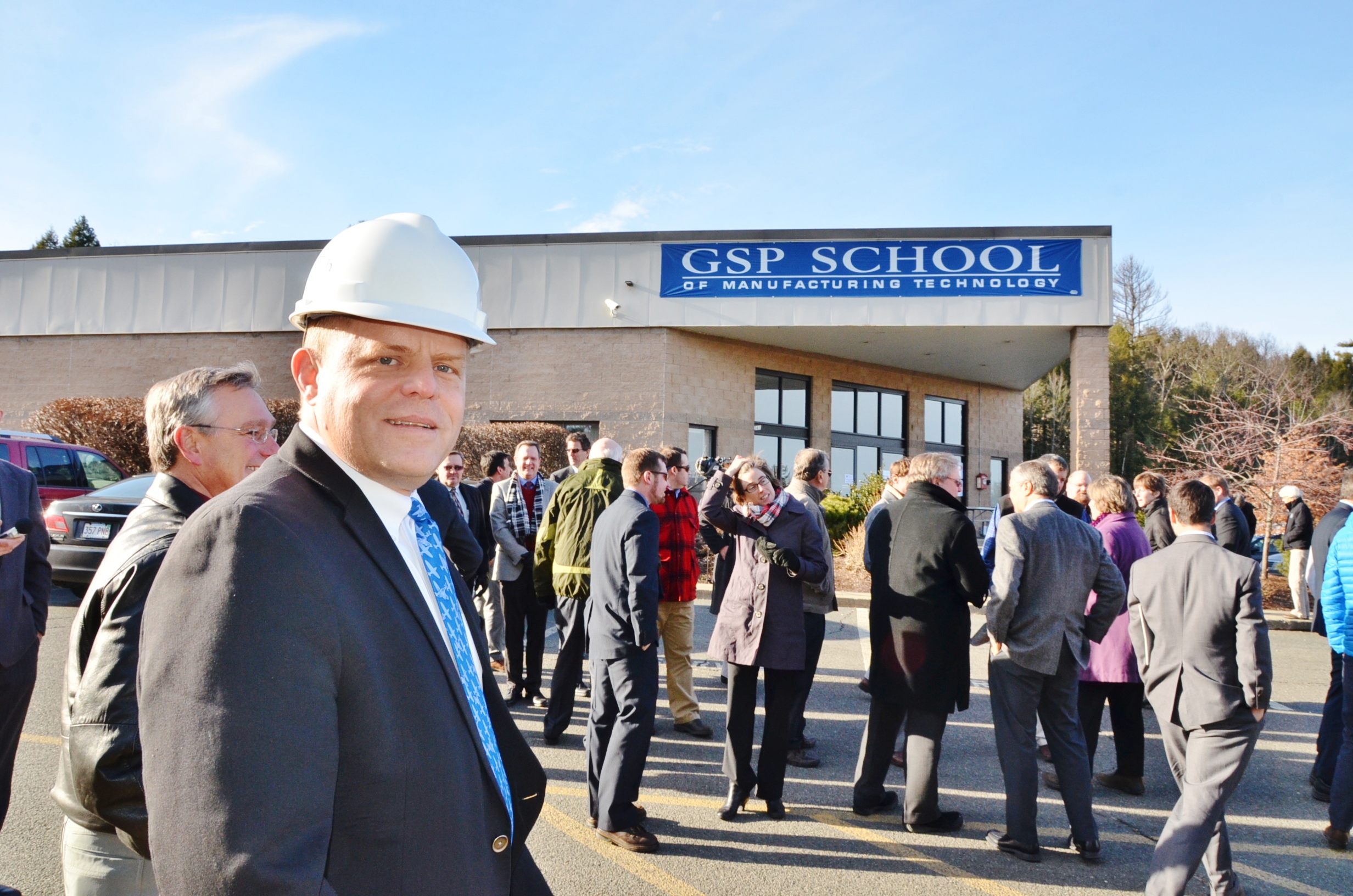 BDCC to Receive 2016 NEDA Awards
The Brattleboro Development Credit Corporation (BDCC) has been notified of its selection for two Northeastern Economic Developers Association Awards. The Windham Region Workforce Center of Excellence has been named Program of the Year and the GS Precision Expansion has been named Project of Year. BDCC will receive these distinguished awards at the upcoming NEDA Conference in September.

The Northeastern Economic Developers Association (NEDA) promotes professional economic and industrial development throughout the Northeastern United States and assists its members in strengthening their local and regional economies. The Brattleboro Development Credit Corporation is a private, nonprofit economic development organization that serves as a catalyst for industrial and commercial growth throughout Southeastern Vermont and is the lead implementer of the strategies contained in the Windham Regions 2014 S.M.A.R.T. CEDS.

The Windham Regional Workforce Center of Excellence is a collaborative network of workforce development organizations and resources, supported and facilitated by the Brattleboro Development Credit Corporation and Southeastern Vermont Economic Development Strategies. The creation of the Windham County Comprehensive Economic Development Strategies (CEDS) identified the need for Windham County to grow its population, increase wages, and increase the size and quality of the workforce. Education and Private Sector partners from throughout the county participated in facilitated discussions that provided the necessary input for a regional approach to resource procurement and program development. Four programs have been developed to provide workforce education and development opportunities for both students and employers; Fast Tracks to Success (High School Regional Career Awareness), The Six College Collaborative, Southern Vermont Young Professionals, and BDCC Industry Roundtable Initiative. Whether you’re a high school student planning your education, a college student looking for a paid internship, a young professional looking for community, or an employer looking for the best and brightest employees, the Center of Excellence serves as a navigator in a regional network of resources and opportunities.The Windham Regional Workforce Center for Excellence receives funding support from the Vermont Department of Labor and the Windham Region Towns.

The goal of the GS Precision Expansion project was to retain the operations of GS Precision in Vermont and to provide development, financial and construction planning and support for their needed expansion. With the completion of their project, GS Precision will have added 100 new positions, 30,000 square feet of new space and $8MM in new equipment. The BDCC led the development of what was a successful Public/Private and regional retention project that was fully implemented with state permits and a New Market Tax Credit closing a short 4 months after signing of the development agreement. The GS Precision project included a variety of funding sources including the Windham County Economic Development Program, Vermont Employment Growth Incentive (VEGI) Vermont Rural Ventures, MHIC, and the Vermont Economic Development Authority. This remarkable success was a collaboration between the Town of Brattleboro, the BDCC, Vermont Agency of Commerce and Community Development and GS Precision. The Town of Brattleboro and the BDCC’s ability to coordinate local and state support for the project secured the retention of a significant regional employer for years to come.

About BDCC/SeVEDS:
The Brattleboro Development Credit Corporation is a private, nonprofit economic development organization that serves as a catalyst for industrial and commercial growth throughout Southeastern Vermont, including Windham County and the towns of Readsboro, Searsburg, and Weston. BDCC serves as the State of Vermont’s certified Regional Development Corporation (RDC) for the greater Windham County area. BDCC is one of 12 RDCs throughout Vermont.
For more information visit: https://brattleborodevelopment.com/

Brattleboro, VT – The Brattleboro Development Credit Corporation is seeking individuals who would like to join…