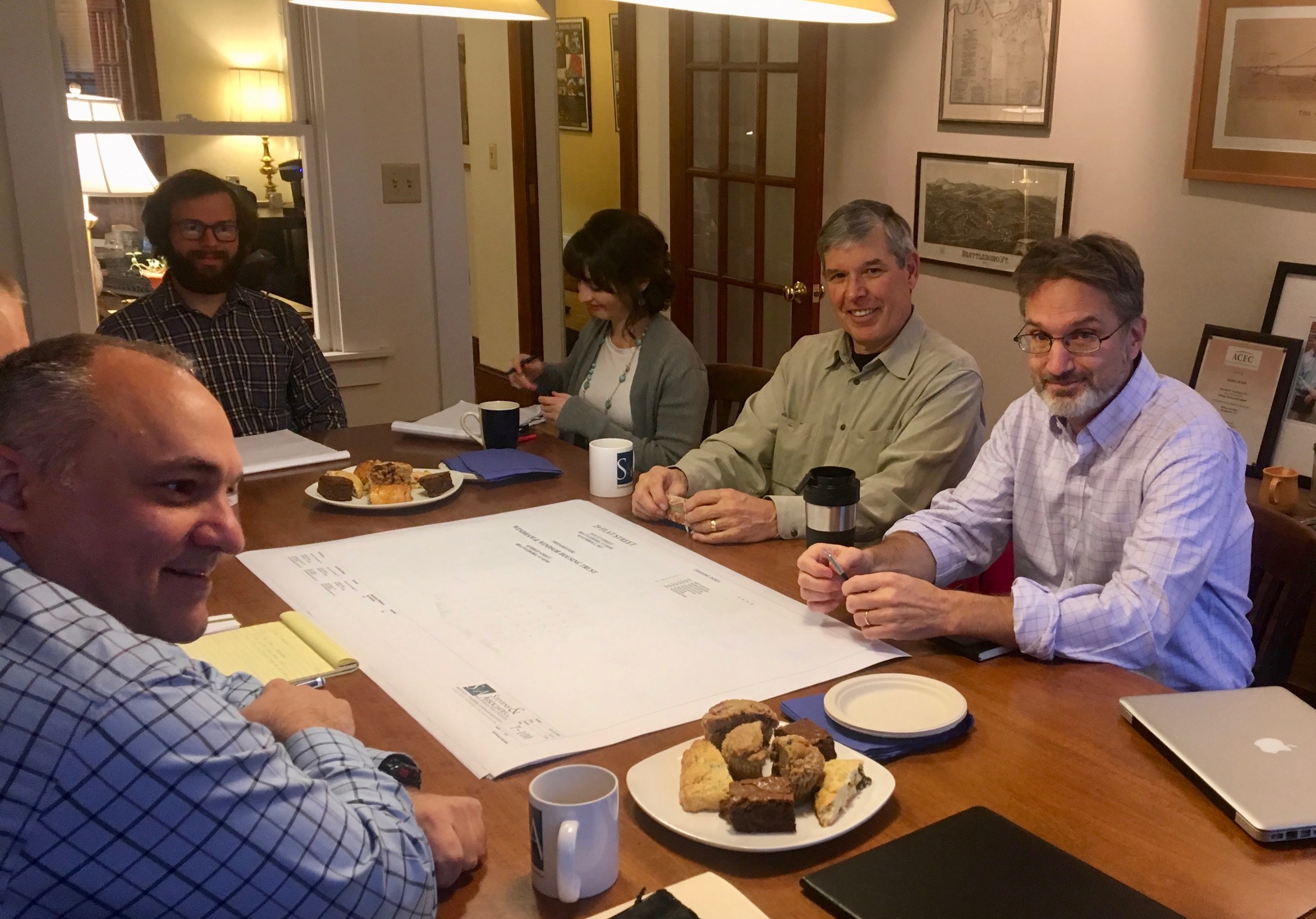 Brattleboro, VT – On December 5th a group met at Stevens & Associates Engineering to design a study that will identify opportunities to use more local wood in buildings. The study grew out of the Vermont Sustainable Jobs Fund (VSJF) Mass Timber Action Team, which includes several members of the local Ecovation Hub green building cluster. The Action Team’s goal was to create a demonstration project to develop new products and markets for Vermont wood. The December 5 meeting was a “charrette” where those gathered reviewed plans for a downtown multi-family housing project being planned by the Windham Windsor Housing Trust (WWHT).

Representatives from the Windham Region Ecovation Hub have been taking part in the VSJF Mass Timber group which has brought together together forestry, wood, development, construction, research, and economic development partners from across the region. The Ecovation Hub grew out of a green building cluster development initiative for which BDCC & SeVEDS secured both federal Economic Development Administration (EDA) funding and Windham County Economic Development Program (WCEDP) funding. At the December 5 meeting were several key partners from the Ecovation Hub representing BDCC, Stevens & Associates Engineering from Brattleboro, and Bensonwood Homes from New Hampshire.

The study will examine wood alternatives for a new building being constructed by the Windham Windsor Housing Trust at Flat Street in Brattleboro. The 4-5 story downtown building is being designed and built to Passivhaus standards for extreme energy efficiency. The outcome of the study will be a side-by-side comparison of how the project would traditionally be specified and sourced, alongside alternative specifications using locally harvested and processed wood products. The goal is to identify places in the supply chain where Vermont’s wood resources, skilled workforce, and building expertise can be deployed routinely in construction projects, and to understand differences in costs or benefits that come with using more Vermont wood.

About BDCC and SeVEDS:
The Brattleboro Development Credit Corporation is a private, nonprofit economic development organization that serves as a catalyst for industrial and commercial growth throughout Southeastern Vermont, including Windham County and the towns of Readsboro, Searsburg, and Weston. BDCC serves as the State of Vermont’s certified Regional Development Corporation (RDC) for the greater Windham County area. BDCC is one of 12 RDCs throughout Vermont. For more information visit: https://brattleborodevelopment.com/