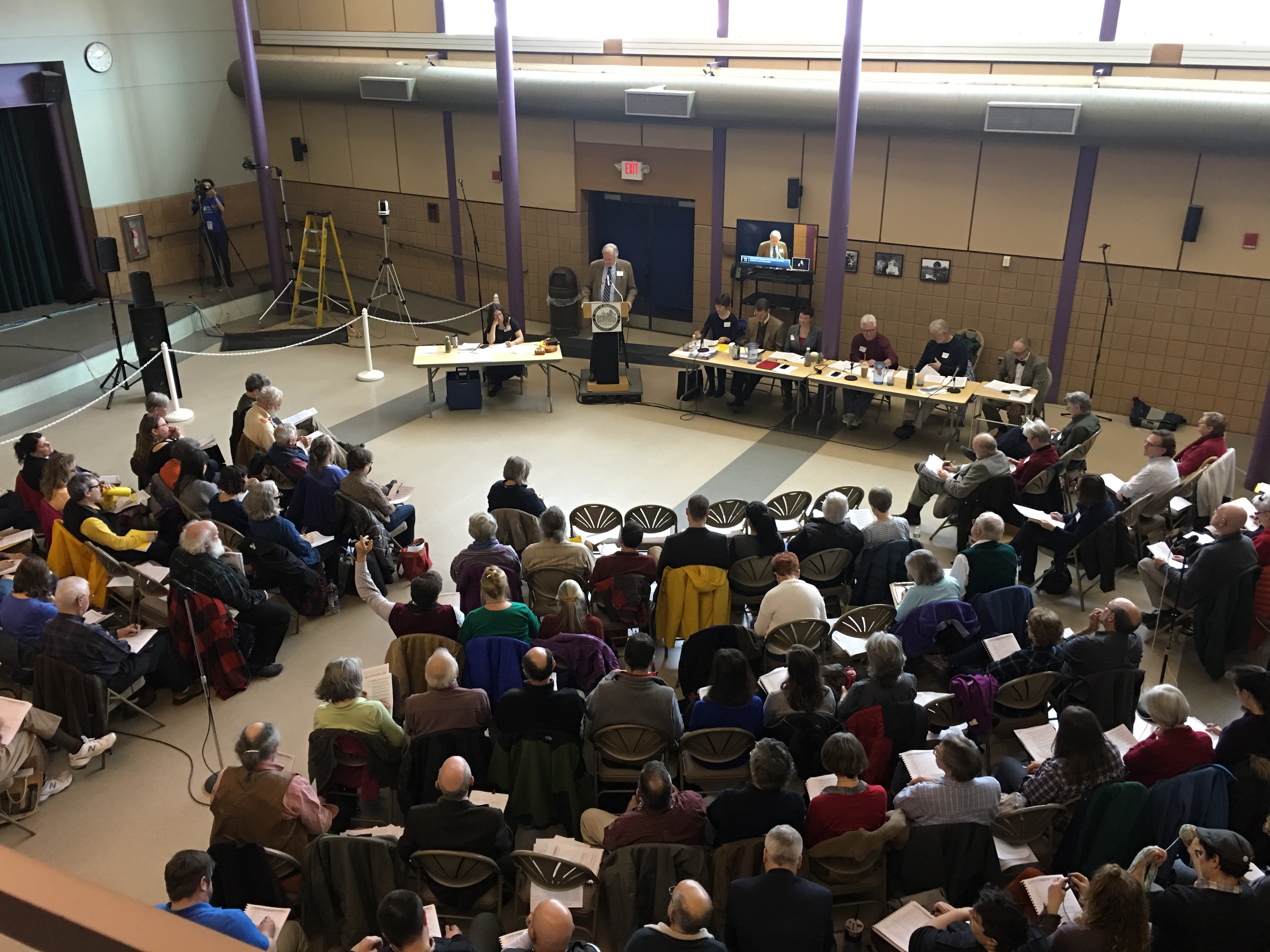 Brattleboro, Vermont, March 26, 2018 — 2018 marks the sixth year that Southeastern Vermont Economic Development Strategies (SeVEDS) asked voters in Windham towns to support its regional efforts at $3 per person. On Town Meeting day requests in Westminster, Guilford, Dummerston, Londonderry, Stratton, Rockingham, Westminster, Putney, Newfane,  Wilmington, Dover and Marlboro were funded by voters, raising approximately $60,000 to continue and augment regional planning and economic initiatives. Brattleboro Town Meeting Representatives voted on Saturday, March 24th to appropriate $24,000 to fund SeVEDS, bringing the total municipal funding to $84,325.The 12 towns supporting SeVEDS this year are home to 75% of the Windham region’s residents, a critical metric for this grassroots organization whose 18 board members come from 13 different towns across the region. The regional investment that municipalities make in southeastern Vermont through SeVEDS demonstrates a commitment to growing the regional economy and workforce. Reversing a declining population, and improving wages and opportunities for people in the Windham Region is beyond the capacity of any individual community.  Throughout the year SeVEDS schedules update meetings with Selectboards in all 27 towns in the Windham Region, which includes Windham County as well as the towns of Readsboro, Searsburg, Weston and Winhall. At Town Meeting, all municipalities are asked to support SeVEDS at the same level of $3 per person.

Municipal support for SeVEDS leverages state and federal funding as well as funding from the Brattleboro Development Credit Corporation, to support strategic planning, and staff implementation of programs and projects to reach the goals and objectives the Windham Region’s Comprehensive Economic Development Strategy (CEDS), our regional economic plan. SeVEDS leads regional economic development with strategy and insight, and has been able to connect extensive labor market research and a Windham County Hiring Inventory to create and implement career awareness and readiness programming across the County’s four high schools and the region’s colleges. SeVEDS research guided the development of increased services for small businesses and startups. It led to the establishment of Southern Vermont Young Professionals and Southern Vermont Workforce Center of Excellence. SeVEDS developed a special capacity-building program that supports local organizations and town officials in their efforts to improve community vibrancy. SeVEDS works to secure new public and private investment for the region, whether its federal funding to develop the regional plan, or new dollars to implement innovative programs, many of which are models for statewide implementation.

This Summer and Fall, SeVEDS will engage with all the region’s communities and residents through public meetings and outreach in order to develop the new Comprehensive Economic Development Strategy (CEDS). The Current 2014 CEDS is ready for its five-year renewal, and the update is being executed in partnership with Bennington County to encompass the entire Southern Vermont Economic Development Zone. The CEDS committee has over 40 residents from Windham and Bennington Counties. All of southern Vermont’s residents are urged to take part in developing our region’s next strategic economic plan.

The Brattleboro Development Credit Corporation (BDCC) is a 60 year old private, nonprofit economic development organization that serves as a catalyst for industrial and commercial growth throughout Southeastern Vermont, including Windham County and the towns of Readsboro, Searsburg, and Weston. BDCC serves as the State of Vermont’s certified Regional Development Corporation (RDC) for the greater Windham County area.

Southeastern Vermont Economic Development Strategies (SeVEDS) is an affiliate of BDCC that grew from a 2008 grassroots effort, initiated by BDCC, to reverse the economic decline of the Windham Region and plan for the economic impacts from the closure of the Vermont Yankee nuclear power plant. In 2014, after multiple years of regional input, education and data gathering, SeVEDS submitted the Windham Region’s federally recognized S.M.A.R.T. Comprehensive Economic Development Strategy for federal approval.

"Come To Vermont To Ski, The State Says — And Then Think About Relocating" From…